Hardy: Reflecting on my time in Israel

Hardy: Reflecting on my time in Israel
N&V Staff 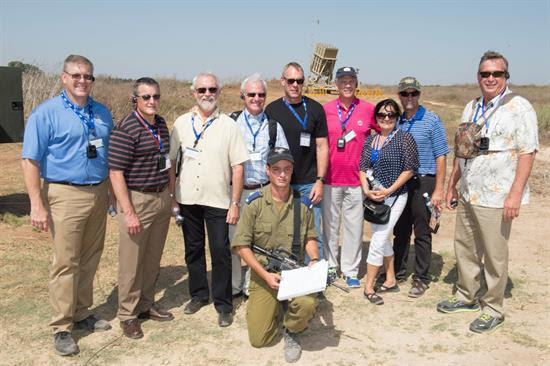 (Rep. Cresent Hardy) – I hope you and your loved ones are enjoying your time together during these final weeks of summer. To those of you whose children have already begun the new school year, I hope classes are going well.

Having just returned from a life-changing visit to Israel, I wanted to take a moment to share with you some of my experiences from this profound exploration of the special and enduring bond between our two nations.

Ahead of my journey back to the Holy Land, I reflected on my views about Israel and my relationship with our Jewish community here in Nevada. I have always believed very strongly in the importance of the State of Israel. As a man of faith, I stand in solidarity with the Jewish people in their fight to preserve the rich cultural and religious heritage of their homeland. As an American, I feel a deep affinity for the democratic values we share with our strongest friend and ally in the region. 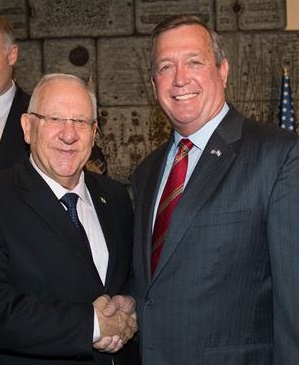 As thriving, diverse economies sprung out of desert sands, Nevada and Israel share much in common. Strong, independent, and Battle Born, we both revere our freedom and honor those who sacrifice to defend it. Here at home, Jewish Americans have long been an integral part of the fabric of our great state, and continue to serve as strong leaders in our communities.

Upon arriving in Jerusalem, our bipartisan House delegation met with the U.S. Ambassador to Israel, Dan Shapiro. Not only did this gathering furnish us with a sound foundation in current American diplomatic efforts in the region, but it also symbolized the bedrock principle that Israel is not a partisan issue.

Early on we travelled to a Kibbutz near the Gaza border, where we met with Israeli families who live under constant threat of rocket attacks. The stories of these intrepid men, women, and children, many of whom suffer from Post-Traumatic Stress Disorder (PTSD), encapsulated the human toll of the current strife that afflicts the region. Yet it was their resolve to endure and flourish in their homeland that will forever resonate with me.

We also broke bread with the young IDF soldiers whose brave defense of their homeland epitomizes the Israeli ethos of patriotism and service.

After meeting with those living on the front lines, I had the opportunity to tour an Iron Dome Battery. This weapons system, a critical shield against relentless outside attacks, helps to ensure the safety and security of the Israeli people.

As our trip progressed, my colleagues and I had high-level strategic conversations with Israel’s top leaders, including Prime Minister Benjamin Netanyahu and President Reuven Rivlin. While I embarked on this journey an already unwavering supporter of Israel, these meetings further strengthened my steadfast commitment to stand shoulder-to-shoulder with her people as they defend themselves from those who would do them harm.

Gaining insight into the security situation and the geopolitics of the region was an invaluable education that will better inform my votes here in Congress. After my time at the Gaza border, we made a point to stop at important strategic areas throughout the country to concentrate on the unique challenges at each location. This included stops in the West Bank, such as our meeting with top Palestinian Authority leadership in Ramallah, as well as consultations with senior IDF officers at the borders with Lebanon and Syria.

The focus of this trip, however, was not limited to defense issues. In addition to being a strong ally, Israel is also a valuable trading partner and one of the world’s leading innovators. One of the highlights of my trip was sitting down with some of the brilliant Israeli entrepreneurs and visionaries who work at the cutting edge of information technology, telecommunications, and countless other sectors.

Of particular interest to me are the advances they have made in water infrastructure, including desalination plants and distribution networks that have literally transformed a once arid desert into a fertile breadbasket of the Middle East. It was also fascinating to discuss the enormous strides Israeli firms are making in cybersecurity. At a time when our country continues to face endless threats to our online networks, intellectual property, and sensitive personal information, our close cooperation with these industry leaders will only grow in importance.

Finally, from a spiritual perspective, it was very personally fulfilling to visit the historical, cultural, and religious sites that make Israel a truly special place. From the sobering experience of the Yad Vashem Holocaust Memorial and Museum to the holy sites of the Old City and Bethlehem, our trip ran the emotional gamut.

As our trip came to a close, I ushered in Shabbat with a family in Jerusalem that was kind enough to invite me into their home. Sitting there talking as we enjoyed a traditional Sabbath Eve meal, I was struck by the warmth and hospitality of my hosts. Though we were strangers from distant lands and cultures, we forged a connection based off of mutual respect and understanding. After having met with some of Israel’s top political, military and academic leaders, it was great to get the perspective of an average family like yours or mine.

Now that I have bid farewell to the Holy Land and returned to the Great Basin of the United States, I look forward to engaging with Nevada’s Jewish community and other concerned stakeholders in a constructive policy dialogue. In the coming weeks, Members of Congress will be preparing to cast one of the most consequential votes affecting the safety and security of Israel in our lifetimes. When we return to Washington, I intend to stand with Israel. 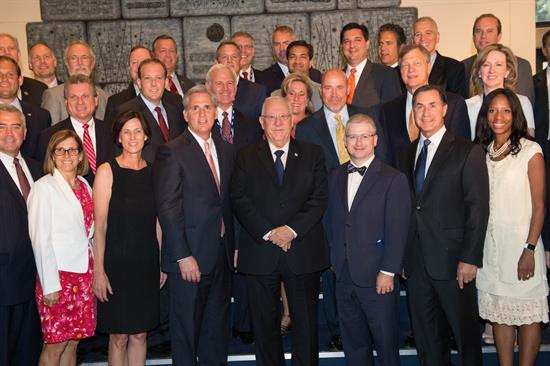 In the meantime, I encourage you to let your voice be heard. If you have thoughts or concerns surrounding the Iran Nuclear Deal, I would like to hear from you. Feel free to email me by following this link: https://hardy.house.gov/contact/email.