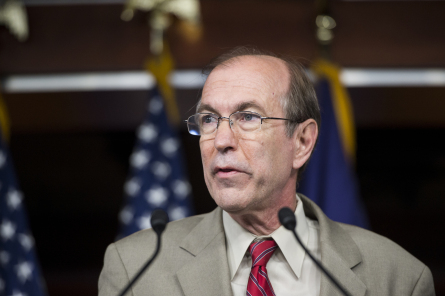 (Emily Cahn, Roll Call) – A set of polls conducted for the Human Rights Campaign found incumbents would imperil their re-election chances if they oppose a bill that bans discrimination against lesbian, gay, bisexual and transgender individuals.

The polling, shared first with CQ Roll Call, found that in six districts held by Republicans, voters would be less likely to support the GOP incumbent if they opposed the Equality Act. A seventh poll conducted in a competitive seat held by a Democrat found the same result. The Equality Act is a bill introduced in July that would “extend existing non-discrimination laws to protect [LGBT] people.”

The polling comes as public opinion has shifted dramatically to support same-sex marriage and LGBT rights. The Human Rights Campaign — which advocates for the LGBT community — is focusing its effort on the Equality Act this cycle, after the Supreme Court ruled in favor of same-sex marriage earlier this year.

“Strong support from voters in Republican-held districts is another sign that members of Congress who won’t support the Equality Act risk being left behind next November,” JoDee Winterhof, senior vice president of policy and political affairs at the Human Rights Campaign, said in a news release.

N&V StaffFebruary 15, 2022
Read More
Scroll for more
Tap
Hardy: Reflecting on my time in Israel
Clark: The history of Nevada caucus and the Basque Fry