Harry calls for changes in symbols, some of which he has ignored for four decades

Harry calls for changes in symbols, some of which he has ignored for four decades
N&V Staff

It is unfathomable that even as the community of Charleston grapples with the devastation of this hateful act, African-American men and women have to walk underneath a confederate flag when they step on the grounds of the South Carolina State House in Columbia. The confederate flag is a symbol of the dark past from which our country has come. It does not and it should not represent our values or the way we treat our fellow Americans.

It is a symbol of slavery and white-supremacy. There is no other way to explain it. It often flew high as vile organizations such as the Ku Klux Klan torched African-American churches. This symbol of the past has no place atop buildings that govern Americans. It’s just not who we are. This flag should be removed and removed now.

Earlier, he said on the Senate floor:

I find it stunning that the NFL is more concerned about how much air is in a ball than with a racist franchise name that denigrates Native Americans across our country. The Redskins name is a racist name.  So I wish the Commissioner would act as swiftly and decisively in changing the name of the Washington, D.C. team, as he did enforcing how much air is in the football.

This is the same Harry Reid who praised former KKK leader Robert Byrd with a glowing memorial upon his death.

This the same Harry Reid who has not said anything about his hometown university teams being called the Rebels and having a mascot called Hey Reb, until today. 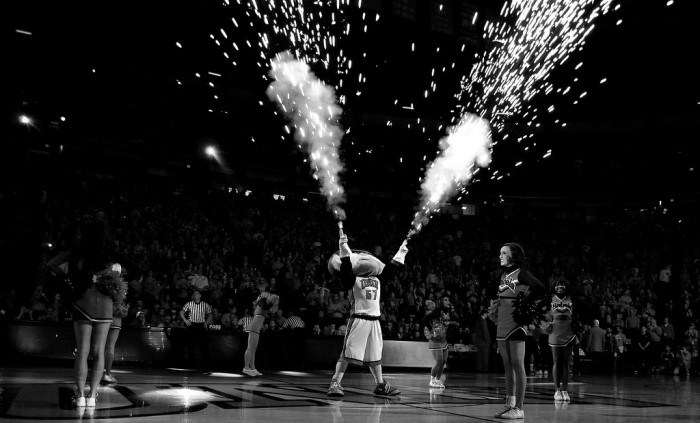 Photo of Hey Reb from the UNLV campus newspaper The Rebel Yell.

According to an AP story posted at the Las Vegas Sun website, Reid told reporters in Washington, D.C., that Nevada’s Board of Regents should consider changing the mascot and sports team name. The name has been around since 1969. Took him awhile.

N&V StaffOctober 3, 2021
Read More
Scroll for more
Tap
Fiore: An armed society is a safe society
Can Ted Cruz save the Internet?