Hey Mr. Executive: Allow Your People To Treat Customers Like Crap and See What Happens 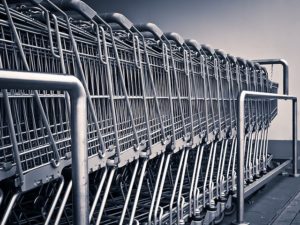 Maybe I’m getting old.  Maybe I’m just becoming a curmudgeon.  Or maybe Clint Eastwood’s performance in Gran Torino had more of an influence on me than I thought but I’m getting sick of companies—large and small—thinking of me as BOTH an indentured servant and a customer.

I cannot even count how many times I have gone to a website in the past month and had the screen taken over while I was trying to read something asking me to take a survey.

And, then, there’s WalMart.  They find it inconvenient to actually staff the many check-out lanes in their Supercenters so their “solution” was to build self-checkout lanes.

Note to the progeny of Sam Walton:

Unless you want to go the way of Sears, here’s an idea:  Stop trying to make me do your job and hire enough people to take my money.  Giving me the choice of doing your job or making me wait 45 minutes to check out in the one lane you have open is going to lead me to…Amazon—where I never even have to leave the house.  The first rule of retail from a kid’s lemonade stand to, yes, WalMart, is TAKE THE MONEY!  And if you ask me why I wouldn’t use WalMart.com instead of Amazon the answer is that you made me mad.  Which is the second rule of retailing.  DON’T GO OUT OF YOUR WAY TO MAKE YOUR CUSTOMERS MAD! I promise you, they will go elsewhere.  Ask Sears and K-Mart.

Now here’s another experience I have become familiar with:  I call a company to complain about a service I did or did not receive and I get to an automatic call director which delays the call to ask me to take a survey after the call has ended.

Sound like a company you know? Maybe…the phone company?

First of all, I’m in a hurry to get things fixed.  And secondly, I’m probably not in a very good mood.  And you want free advice from me at that moment?  How smart are you?

And then there are the countless feedback requests I get by email after the most routine transactions.

There is a car rental company I have been a customer of for 35 years.  After every rental…after virtually every interaction…they want feedback from me.

Here’s a better idea.  How about asking for feedback when I haven’t used you in a while.  Or after I make a complaint about a botched rental.  These constant requests for feedback must come from 23-year old millennials who need constant reinforcement that they’re doing the right thing.

In general, if a company goes out of its way to piss off a customer, they’ll find out about it.  Ever since those people elected Donald Trump President, they’ve found their voice.

If you genuinely want my opinion on something, have an executive call me and ask.

That way, I know my time is not being wasted on some kid’s project.

And, by the way, that is NOT a bad use of an executive’s time.  A few days a month talking to actual customers is also the best market research you can do when you are busy running a company.

I don’t know where many corporate executives got the idea that they should be insulated from their customers, but it is more than a stupid idea.  It can be a death warrant for a business.  Again, ask Sears and Kmart.  Customers aren’t a waste of time.  They pay your salary AND your bonus.

If you can’t talk to and relate to the people who buy what you sell, there’s a great case to be made that you are worthless as an executive in a company which needs those customers to stay in business.

And, again, if you don’t believe it, ask Sears or Kmart. “We don’t need more customers. We have all the customers we could possibly want,” Sears CEO Eddie Lampert said at the company’s 2017 shareholder meeting.

Those same customers Lampert didn’t need will find a whole lot of closed Sears stores in 2018.

N&V StaffAugust 14, 2022
Read More
Scroll for more
Tap
Two Sources of Question 3 Info You Should Avoid at All Costs
The A.Ron Hustle: Fallout Follow-up on the Ford Fiasco