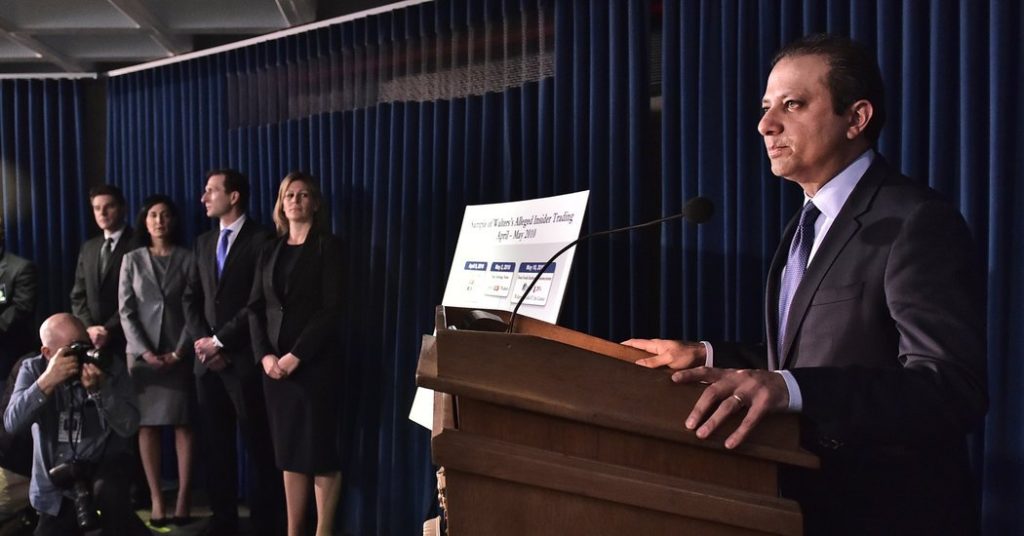 The Justice Department and the FBI, which it supervises, are both under fire for a bombshell revelation.

In August, Peter Strzok – the FBI’s second-ranking counterintelligence agent – was ousted from the Justice Department’s special counsel probe into Russia, after exchanging anti-Trump messages with his mistress.

Strzok was the FBI agent who officially signed off on the bureau’s decision to launch its Russia investigation during the 2016 election. But he’s now been fired from his job with Special Counsel Robert Mueller.

Adding to Strzok’s “Where’s Waldo” role in the 2016 election is the fact that he was reportedly the official responsible for changing the FBI’s initial conclusion that Hillary Clinton’s use of a private email server was “grossly negligent” – instead, finding that it was “extremely careless.”

Legal analysts say that watered-down language played a role in the decision that the Justice Department wouldn’t prosecute Clinton over her email use.

The Strzok case isn’t the only controversy swirling around the Justice Department today.

The most prominent of the dismissed federal prosecutors was Preet Bharara, the former chief counsel to Sen. Chuck Schumer, D-N.Y.

Bharara served for eight years as the U.S. attorney for the Southern District of New York. That high-profile office gave him a platform to launch crusades against insider trading and political corruption.

Since leaving office, Bharara has become a senior legal analyst for CNN, host of his own legal podcast and an anti-Trump King of Twitter with 96,000 followers.

Bharara’s days as U.S. attorney were heady and filled with media accolades. The Washington Post described him as the new “Sheriff of Wall Street.” The New York Times noted that “Bharara is a charismatic figure who is comfortable in front of cameras, can talk tough, and has a knack for the witty sound bite.”

The only problem is that  like an Icarus who flew too close to the sun, Bharara’s record has been melting recently. The New Yorker magazine wrote in August that “incursions on Bharara’s record have piled up, casting his legacy into doubt … several of his high-profile cases have unraveled.”

New York Gov. Andrew Cuomo suggested his fellow Democrat had overreached when he went after Skelos and Silver.

“If you’re using the legal system to quote unquote reform government, you have to do it legally,” Cuomo warned.

Nor have some Bharara’s Wall Street cases fared well. After a judge ruled that the FBI had violated the rights of financier Benjamin Wey by searching his home and office, Bharara’s former office was forced to drop all charges in August. The month before, the case Bharara’s office had built against two traders accused of wrongdoing involving JPMorgan fell apart.

The media are also taking a second look at Bharara’s record.

The Wall Street Journal editorial page noted in September that Bharara’s pursuit of two hedge fund managers for allegedly trading on information won a unanimous rebuke from a three-judge panel of the Second U.S. Circuit Court of Appeals. The Journal noted that the case “repudiated the government’s argument that a gift of confidential information to anyone is enough to prove insider trading.”

The Second Circuit slap-down  may figure prominently in another appeal of a controversial Bharara insider trading prosecution. Last April, renowned sports bettor and Las Vegas businessman Bill Walters was convicted of charges that he received illegal stock tips from Thomas Davis, the former chairman of Dean Foods, which is the nation’s largest milk processor.

Davis helped the government convict Walters as the lone witness against him. As a cooperating witness, his  sentencing has been delayed. Prosecutors said Walters began trading in 2006 on secrets that Davis told him and amassed millions of dollars in illegal profits. In July, a judge sentenced Walters to five years in prison and a $10 million fine.

But there is likely an “original sin” that taints the government’s entire case against Walters. The initial investigation of Davis and Walters, which also tangentially involved famed golfer Phil Mickelson and investor Carl Icahn, had stalled in 2014 after federal wiretaps of Davis and Walters turned up nothing incriminating.

But then both the New York Times and the Wall Street Journal reported in May 2014 that the FBI was conducting an investigation. They published bits of  secret grand jury testimony with details of the probe.

Lawyers for Walters claimed at the time that FBI agents leaked secrets about the probe to prod targets to incriminate themselves. Both Bharara’s office and the FBI strongly denied any such breach of grand jury secrecy at the time.

But late last year, federal District Judge Kevin Castel ordered an inquiry into the leaks. After finally launching a probe, the government admitted that David Chaves, the chief FBI agent in charge of Wall Street investigations, had met New York Times reporters for dinner as far back as April 2013 to talk about the Walters case.

Chaves complained the probe was, “dormant.” Several months later, Chaves told a Wall Street Journal reporter about the probe, leading to what became a form of “insider information trading” between reporters and the FBI.

Last year, Chaves admitted that he had been the main source for both the New York Times and Wall Street Journal stories of May 2014. He claimed that he and five senior FBI agents had met with reporters that month to barter information on the case in exchange for a delay in publishing the story.

Chaves also admits that in exchange he would “from time to time” receive updates from one reporter on what she had learned about the Walters case. He also claimed that Bharara’s U.S. Attorney’s Office knew of the meeting between reporters and the senior FBI agents.

His confession has led to Chaves’  suspension from work and a full-fledged investigation of the leaks by the Justice Department and its Office of Inspector General. Bharara’s office has failed to provide a full explanation of why for two years it denied any leaks of secret grand jury material to reporters. In court filings, it merely stated the delay was due to unspecified “errors” that it does “not take pride in or excuse.”

Lawyers for Walters say they have found evidence of a pattern of illegal leaks out of Bharara’s office in several other of his most famous insider trading cases. In the case of their client, they claim the leaks  amount to an obstruction of justice “as part of a deliberate plan to bolster  an investigation” that was stalled and going nowhere.

The leaks were designed to prod targets to incriminate themselves after the wiretap on Walters’ phone failed to turn up evidence.

Those arguments weren’t enough to convince federal Judge Castel to stop Walter’s trial on insider trading charges, but the government’s glaring misconduct made Walters’ conviction ripe for being overturned on appeal.

And since Walters’ conviction in May, Judge Castel has grown impatient with the snail’s pace of the Justice Department’s probe of Chaves and the leaks from Bharara’s office. This summer, Castel demanded that Justice provide confidential quarterly updates on its probe.

To date, the judge said that Justice Department’s updates to him had provided “virtually no substance.” Given that Chaves is facing possible criminal prosecution and a contempt-of-court finding by the judge, that’s hardly reassuring to Walters or his lawyers.

All of this – the growing reversals of Bharara’s convictions, the outrageous leaks in the Walters case and the molasses-like pace of FBI agent Chaves’ misdeeds – and whether they involved others – are all part of a larger context that should concern the Trump administration, Congress and the general public.