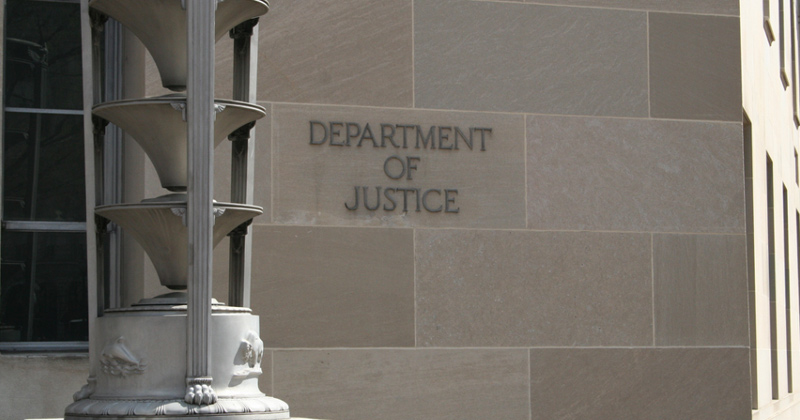 Sidney Powell, a former U.S. attorney whose 2014 book Licensed to Lie: Exposing Corruption in the Department of Justice is a shocking exposé of prosecutorial impropriety she maintains runs rampant today among Department of Justice prosecutors, warns that Andrew Weissmann, a federal prosecutor who is not part of Mueller’s team, is capable of extorting guilty pleas.

Powell points to the case of former Arthur Anderson partner David Duncan in the Enron case who withdrew his guilty plea after Weissmann extorted him to testify for the government to obtain the wrongful conviction of Arthur Anderson.

Noting on page 35 that Weissmann was the “driving force” behind the indictment of Arthur Anderson in the Enron case, Weissmann used the “special tactics” he developed prosecuting organized criminals, convinced that even if some of his special tactics went outside the bounds, the ends justified the means when prosecuting serious bad guys.

On page 410 of her book, Powell pointed that Weissmann forced Duncan into a guilty plea by misrepresenting to Duncan that his innocent conduct in the case was “criminal.”

New investigative research since Walters conviction has similarly provided evidence for the conclusion Bharara used a pattern of systematic leaking to the press on behalf of New York-based FBI Special Agent David Chaves to suborn perjury after forcing a guilty plea from Tom Davis, a principal in Dean Foods whose highly suspect testimony against Walters was necessary for Bharara to obtain a criminal conviction.

As far as Bill Walters could see, Tom Davis was a part of the Dallas society elite: a Harvard Business School graduate and Navy veteran; a successful investment banker at Donaldson, Lufkin & Jenrette; a co-owner of professional sports teams; a director of blue-chip companies like Dean Foods; and an active philanthropist.

Throughout their friendship, Davis had an impeccable reputation and was known as a pillar of the business community. Nothing about his interactions with Walters suggested otherwise.

But in sharp contrast to the respectable front that he presented to the world, it turned out that Davis secretly led a very different private life—one that he zealously shielded from public view.

Unbeknownst to Walters, Davis’s personal situation became so dire that he began embezzling money from Shelter Golf, a charity golf benefit for battered women and children that he managed.

He passed on tens of thousands of dollars in expenses (including thousands for a lavish birthday party he threw for his wife) and ultimately took $100,000 directly from Shelter Golf’s account for his own use.

Davis’ efforts to hide his sordid private life did not stop at embezzlement.

When Shelter Golf’s accountant prepared its tax filings, he insisted on accurately accounting for the personal expenses that Davis inappropriately charged to Shelter Golf.

But Davis could not risk the threat of exposure, so he replaced the accountant with his own personal accountant, whom he misled in order to ensure the filing was sanitized.

Yet while Davis was floundering in his personal life, he continued to play the part of a respected businessman.

In November 2011, as he was exploring an investment in a Dallas-based bank, Davis approached Walters to request a line of credit to be used for working capital.

Walters agreed to extend the loan—which was a fully documented promissory note—but instead of using the money for the investment, Davis used it to pay his secret debts and to replace the $100,000 he had stolen from Shelter Golf.

The government’s leaks and their effect on Davis

The timing of the leaks coincided with the FBI’s renewal of wiretaps of Walters’ phones that until then had proved fruitless—a common tactic designed to spur targets into making incriminating statements over the phone.

When the articles came out, everyone, including former U.S. Attorney Preet Bharara and an Assistant Director of the FBI, knew immediately that there was a leaker (or leakers) in their ranks. Yet none of them took any serious action to stop the leaks, doing nothing more than issuing a few rote warnings not to talk to reporters.

The day before the planted articles began to appear in the Journal and the Times, the FBI visited Davis’ home to question him about insider trading in Dean Foods.

Davis asserted his innocence and denied any suggestion that he had tipped Walters. Davis insisted that he never gave insider information to Billy Walters and that he was “100 percent certain” of that fact.

For the next several years, Davis consistently denied any insider trading conspiracy to anyone who asked.

Although the FBI only questioned Davis about Dean Foods in its initial approach, it would not be long until investigators uncovered Davis’ embezzlement and tax fraud.

The government then dropped the hammer on Davis when he testified under oath before the SEC, asking about the gory details of Davis’ criminal mismanagement of Shelter Golf.

Yet even after Davis knew the government was onto him for those charges, he was straightforward and consistent with his statements that Walters did nothing wrong.

It was not until Davis learned that the FBI had interviewed an associate of his named Denis Boulle that Davis decided to cooperate with the government.

Following the FBI’s interview of Boulle, in which agents asked about trades of Dean Foods shares that had nothing to do with Walters, Boulle and his lawyer ceased all communication with Davis and his lawyer.

At that point, afraid that Boulle was preparing to finger him, Davis spun the story he knew the government was hungry for: that he passed inside information to Walters.

Over the course of more than two dozen meetings, Davis worked hard to align his story with the government’s theory, apparently landing on the right version during their 29th meeting.

In exchange for this testimony, the government gave Davis a free pass on his embezzlement, tax fraud, and perjury before the SEC, plus a commitment to ask the court for leniency when he is sentenced for the crimes to which he pleaded guilty.

As Davis testified at trial, once he had made a deal with the prosecutors he expected he would not go to jail at all.

In short, the Tom Davis that Walters knew was just a guise Davis wore to maintain his status among his elite cohort. But there was a dark side lurking beneath—one that Davis guarded fervently, including from business associates like Walters.

Eventually, however, the government caught him in his web of lies, nailing him on embezzlement, tax fraud, and perjury and closing in on unrelated insider trading.

At that point, Davis made the last play he could: trade Walters’ freedom for his own.

But try as he might over 29 meetings to concoct the story the government wanted to hear, Davis could never quite sync it up with unrebutted facts or simple logic.

Davis’ testimony at trial that he had provided Walters with insider information was key to Bharara convincing the jury that Walters was guilty of criminal insider trading.