How Stupid Does the Left Think the Rest of America Really Is?

How Stupid Does the Left Think the Rest of America Really Is?
Penny Press 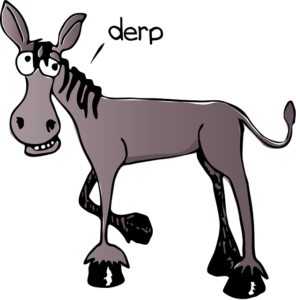 We are referring to Wilbur Ernesto Martinez-Guzman.  According to an ICE spokesman, “Mr. Martinez-Guzman is a citizen of El Salvador who entered the United States unlawfully on an unknown date and location.”  In other words, he didn’t accidentally cross the border because he was confused.

He worked (illegally) as a landscaper for three of the four citizens he later killed with guns he stole from them.

Had they deported the little creep, four valued citizens—of the United States—would probably be alive today.

Of course, the sanctuary-state morons are probably now in a state of apoplexy that Washoe County DA Chris Hicks has announced the death penalty is being sought.  Speaking as an owner of KELY in Ely, we’d be happy to broadcast that execution—assuming some idiot Judge in Las Vegas (Elizabeth Gonzales) doesn’t rule that some private sector drug company can interfere with our so-called justice system—like she did last time.

I’ve always liked Hicks.  He wears the DA job well in Washoe County and I think he fully understands that should he win against Martinez-Guzman whatever the deterrent effect of the death penalty writ large, it will deter at least one person from killing again. Martinez-Guzman. That’s the attitude in Northern Nevada as opposed to Clark County.  But even Las Vegans don’t like to get shot by illegals in cold blood.

Maybe this will help convince the voters in 2020 and 2022 that we have elected the wrong people to run the state.

Maybe this story playing out nationally leading up to the 2020 election will help turn Nevada red and help re-elect President Trump.

It’s going to be pretty hard to deny the facts of this one—although the open borders left will certainly try.

They’re trying to say that there’s not a “crisis” at the Southern border.

In the immortal words of another Democrat President, “It depends on what the meaning of the word ‘is’ is.”

Just substitute any word for is that the Democrat Party wishes to redefine for a day.

Here’s a question which needs to be asked of the current brain trust in Carson City and Washington.

How stupid do you think we are?

Do you seriously think that packing the Supreme Court, trying this popular vote compact amongst Democrat states and other ways of rewiring the system to your advantage is going to go unnoticed and without blowback? And how about ‘Medicare for All’ which means healthcare for none?

Do you seriously think that the people that elected Donald Trump won’t strike back?

Do you want to foment an armed revolution?  After all, we’re the guys with the guns—according to you.

Do you want a country where very few families can have a Thanksgiving dinner without a fist fight?

The more stupid you think we are, the more likely those things can happen.