Socialism, Progressivism, Etc.: What’s the Difference?
Ron Knecht
Recently, I enjoyed a very thoughtful talk by the eminent scholar and public servant, Jerry O’Driscoll.  He spoke to Reno’s Hayek Club, a group that promotes limited government and individual freedom and has endowed area high schools with a fine curriculum and materials on managing personal finances. 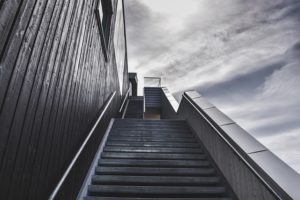 His talk and the discussion following it addressed, among other things, similarities and differences among socialism, communism, Nazism, fascism and progressivism.
He noted that Nazism was officially the National Socialist German Workers Party.  Also, Benito Mussolini, a long-time socialist activist, was expelled from that party when he began to advocate and practice violence; but his policies as Italy’s dictator were quite socialist.  Communism, as practiced by the Soviets and others, was distinguished from Axis German and Italian systems mainly by its greater viciousness: It killed over 100 million of its own people even outside of wars with other nations.
Many young people who advocate socialism today claim Sweden, Denmark and Finland are socialist.  In fact, they are mixed economies with significant social welfare sectors and business freedom like the United States.  The U.S. ranks 12th among 180 countries in the Heritage Foundation’s 2019 Index of Economic Freedom, with Denmark 14th, Sweden 19th and Finland 20th.  All four nations are considered “mostly free,”
So, what about differences among socialism, communism, fascism, statism, progressivism, crony capitalism and mixed economies?  These days, some people try to escape the consequences of their actual politics and of derogatory labels by highlighting minor and technical differences among left-wing sects.
Earlier that day, I heard citizens accuse a former local public official of being a socialist – to which he took exception, saying he’s a Republican conservative.  If you want a spirited argument among Republicans, ask a group of them: What and who is a RINO (Republican in Name Only)?
As reflected in the four controller’s annual reports (CARs) I wrote, all this stuff misses the mark.  The point is collectivist coercion, and the extent to which it dominates an economy, permeates a society and burdens people and businesses’ daily lives.
We need government to deter criminality, provide for the common defense, protect personal and economic rights, etc.  But we need to recall that all the benefits government delivers, especially when it extends beyond those fundamentals, are contingent (they may materialize or not) and subject to the law of diminishing returns.
Government action, being collectivist coercion, always involves destruction of human wellbeing that is certain before any putative benefits are actually delivered.  Thus, to confer payments to some group requires taxes, but every dollar taken in taxes is an absolute act of destruction of human wellbeing on those taxed.  And every law or regulation that benefits some group is also an act of certain destruction of human wellbeing by limiting the freedom of others in order to confer benefits on its intended targets.
The real question facing any policy or government action is whether the uncertain benefits are very likely to exceed the certain destruction of human welfare.
Jerry pointed out, as I did in my CARs, that regulation of all kinds is often as damaging to the public interest in economic growth, net social benefits and fairness as is public spending and the taxation it requires.  I noted there’s good data that allows us to determine the optimum level of public spending relative to the size of the economy and the level of damage from excess spending.  However, we have no metrics for determining the optimal level of aggregate regulation and the social damage from excess levels.
So, the real issue is not whether socialist or communist governments own the means of production or, instead, fascists allow crony capitalists to own them as long as they supply what government wants in the manner and quantity it wants and at prices it dictates.  The issue is the overall level of collectivist coercion any configuration of government produces and thus the level of net social damage and burden on individual freedom and economic growth it inflicts.
The ultimate problem is collectivist coercion, which is the essence of government, not merely an unfortunate byproduct.  Via economic freedom, we must minimize the net damage from excessive government, not argue rhetorical or technical matters.
Prev postNext post
Related ItemsRon Knecht
Nevada
Ron Knecht