Social justice warriors and assorted race-baiters are having a field day over the Christchurch, New Zealand murderer being a white guy.  But there’s a lot more to this human cesspool’s story than the color of his skin. 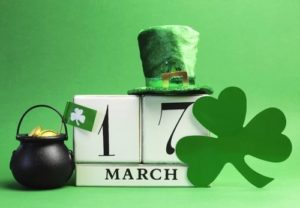 Beyond the fact that this dirtbag is white, he’s reportedly also a radical environmentalist who hates rich people and whose political and social values most closely align with Communist China – which also aligns nicely with the political values of American socialists such as Sen. Bernie Sanders and Rep. Alexandria Ocasio-Cortez.

This scumbag’s hatred comes from the sewage between his ears, not the color of his skin.

Henderson’s police chief, LaTesha Watson – a black woman on the job all of 16 months – has been shown the door.  But not before she played the race card.

According to the Las Vegas Sun, Watson “said she couldn’t help theorizing that her race and gender may have played a role in the exit.”

Oh, puh-lease.  Why is it OK to blame race and/or gender bias when you’re kicked to the curb but not OK to suggest she may have only gotten the job in the first place because of her race and gender?

Was she really hired because she was absolutely the best individual for the job…or was she hired, at least in part, because she’s a she and black?

Of course, city officials didn’t openly declare this to be an “affirmative action” hire, but it doesn’t take a rocket surgeon to recognize reverse discrimination when we see it.

And speaking of affirmative action, Democrat Nevada State Senate Majority Leader Kelvin Atkinson was forced out of office last week because he stole hundreds of thousands of dollars from his donors and converted it to personal use – including financing his downtown Las Vegas nightclub.

Atkinson is black.  And gay.  Which the media and Nevada Democrats constantly threw in our face as he moved up the political ladder.

We all know the answer.

Proving that it’s not just blacks, gays and women who can be low-life public officials, Democrat Assemblyman Mike “Hose Man” Sprinkle – a white dude and former firefighter – resigned in disgrace this week over allegations of sexual harassment.

Naturally, the Carson City political establishment is trying to cover up the exact nature and extent of “Hose Man’s” transgressions.  But word on the street and flying across the grapevine is that they include allegedly being a regular customer of some of Fourth Street’s working gals in Reno where prostitution is illegal.

If true – and if we can’t even stop legislators from engaging in the illegal sex trade – why is the Legislature entertaining a bill by Republican Sen. Joe Hardyand Democrat Sen. Patricia Spearman – which, rumor has it, will be introduced this coming week – to shut down Nevada’s legal brothels statewide?

The Hardy-Spearman bill should be declared DOA.

And speaking of Sen. Spearman – a gay, black woman…

Well, let’s just see what develops over the coming days.

Rumor also has it another shoe could soon drop.

Fake News Update:  On Wednesday night, Las Vegas Review-Journalcolumnist Victor Joecks broke the news on Twitter that Democrat Assemblyman Hose Man was about to be outed…

“Lobbyists are buzzing that an Assembly member is in hot water over #metoo allegations. #nvleg”

He didn’t specifically name Sprinkle, but we insiders knew exactly who he was talking about.

The next morning, conservative-hating liberal blogger Jon “Jonny Jihad” Ralston slammed Joecks on Twitter for “retweeting rumors about an Assembly Democrat” and blasted RJ editor Glenn Cook for supposedly “allowing his pet columnist to traffic in garbage on Twitter.”

After wiping the egg off his face, Jonny Jihad tweeted about the legislative building being “abuzz with rumors” on Wednesday morning – the day Joecks beat him in breaking the news about Sprinkle.

He then went on to further embarrass himself by twit-tweeting that Joecks was “trying to equate unconfirmed rumors…with reporters actually confirming stories” and again blasted Cook and the RJ for their “slimy standards.”

As if Ralston himself has never written about unconfirmed rumors.  What a putz.

But then he outdid himself…

In a vintage, self-promotion tweet about his news blog Thursday afternoon, Jonny Jihad actually had the stones to write…

“We broke news (and kept adding to it) that the 2nd Dem in 10 days is resigning from the Legislature.”

Talk about taking credit for someone else’s work.  Such slimy standards.