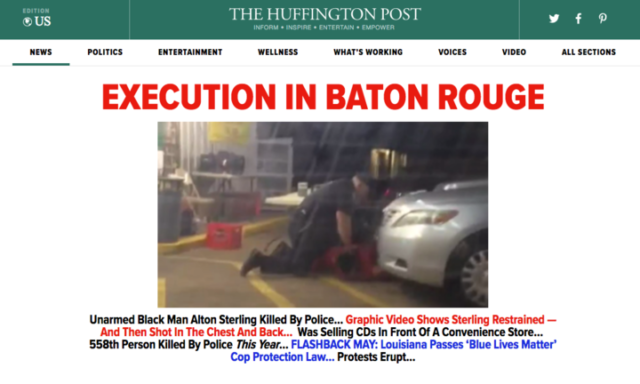 (LEE STRANAHAN, Breitbart) BATON ROUGE – Left-wing megablog The Huffington Post wasted no time in spinning the narrative as hard as possible in the Baton Rouge police shooting of Alton Sterling with a blaring headline this Wednesday morning calling it an “execution” and a sub-headline that referred to Sterling as being “unarmed.”
The shooting of Sterling grabbed headlines around the world after protests erupted in Baton Rouge and Black Lives Matter activists seized on the death of 37-year-old Sterling as another example of what they say is a wave of racist police brutality.