John Kasich May Be Trump’s Worst Option For VP 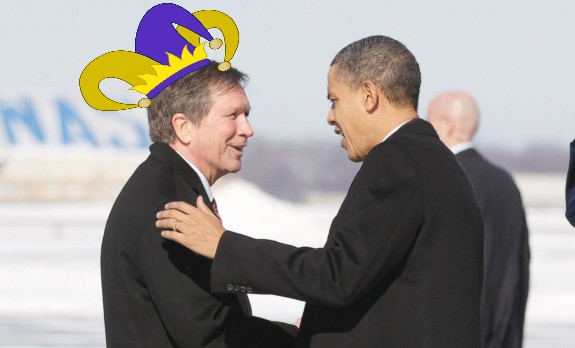 (Richard A. Viguerie, ConservativeHQ.com) As I explained in Part 1 of this 3-part series, to close the deal with right-of-center voters, Donald Trump’s choice of Vice President is the clearest and most important signal he can send to conservatives that he will govern as a conservative.

And the message is getting through; after we exposed Senator Bob Corker’s serial betrayal of conservatives in Part 2 of this series he quickly withdrew his name from consideration and talk of New Jersey Governor Chris Christie as Trump’s VP all-but-disappeared from the media once we and other conservatives made our objections to him known.

However, as the Republican National Convention gets closer and the field of potential vice presidential candidates narrows, and the Republican establishment gets more desperate to retain its power, the likelihood increases that there will be a final push to put an establishment “unity” candidate on the ticket with Donald Trump.

And who better – or worse from the conservative perspective – than Convention host state Governor John Kasich?
Click here to continue reading