If It Has A Heartbeat, It’s Not A “Fetus”, It’s A Baby
Penny Press

Since when did murder become a “political” issue? 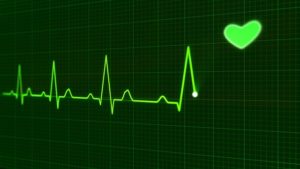 Liberals tell us that in their phony baloney bleating about “climate change” they believe in “science”.  Many of those same libs want to deny that a fetus—a baby—with a heartbeat which can now—through real science—be detected, is somehow NOT a person and can be killed at the whim of the mother.

Roe v. Wade happened while I was still in college.  Every young male in college back then could probably tell you exactly what Planned Parenthood charged for an abortion.

Most of us have grown up since then.

Roe was a classic example of a Supreme Court which read the opinion pages of the Washington Post.

One of the differences between 1973 and today is that we have much more science—real science as opposed to the junk science “consensus” the climate folks believe in—which tells us exactly the development of a baby.

Once a baby has a heart and it is beating, how can you not call it a person?

And if you kill it, how can that not be murder?

OK, like the President, I get the health of the mother.  Maybe, under some circumstances, rape of incest.

Murder is against the law in all 50 states.  Following the twisted logic of Roe does a woman have a right of “privacy” to kill her three year old?  Her husband?

And to politicize this is simply moronic.

If you are a Democrat and you follow their political orthodoxy, you are, in my humble opinion, condoning, on the campaign trail, murder.

One of the problems in this debate is that there is simply no debating most supporters of legalized abortion.  Their position is that it is a “right” and that’s that.

So to break that down, killing a baby is a right?

We have plenty of ways to stop conception.  If you are not responsible enough to prevent conception, then you should have to carry the baby to term.  If you don’t want the baby, then there are plenty of people who are willing to adopt and raise the baby.

If the pregnancy takes nine months out of your life, then be more responsible.

But you do NOT have a “right” to kill a baby for your convenience.  What you do have a right to do is to be responsible in your sex life.  Which is why, in some circumstances, I’m sympathetic to rape and incest exceptions, since there was no choice in those situations.

Somewhere along the way, abortion proponents began branding themselves as “pro choice”.

Between felony murder and a baby?

Don’t want a baby?  Have your tubes tied.  Then, you won’t be in a position to murder a baby.