A Nevada Senate committee on Wednesday is considering a bill that would raise the state’s minimum wage. 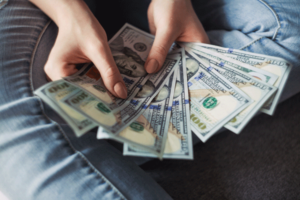 Assembly Bill 456 would gradually increase the minimum hourly wage 75 cents every year for the next five years. The measure means the hourly minimum wage would eventually reach $12 an hour for uninsured workers in the state, and $11 an hour for workers offered health insurance.

The legislation passed the Assembly Tuesday in a 28-12-1 party-line vote. The Senate has until Friday to pass the legislation, which is being heard Wednesday before the Senate Commerce and Labor committee.

Critics of the minimum wage hike proposal say it will hurt small businesses, which could be forced to raise prices, and cut jobs and employee hours because of rising costs.

“Banning employment below a certain price level is not an effective way to help those seeking better-paying jobs,” says the Nevada Policy Research Institute, which describes the legislation as not being taxpayer friendly.

The bill’s proponents argue it will help Nevadans be able to afford the cost of living in the state.

Several groups testified for and against the bill when it was heard before the Assembly Commerce and Labor committee. The Nevada Policy Research Institute, the The National Federation of Independent Business-Nevada, and Nevada Casino Holdings were among the groups that testified in opposition, while Make It Work Nevada, ACTIONN, and the Nevada State Education Association testified in support.