I’m Still Laughing over Jerk Ralston Getting Jacked off PBS 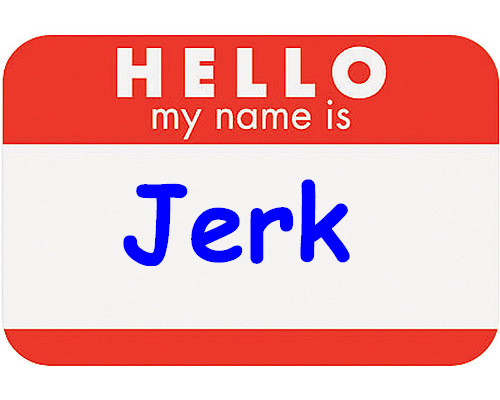 (Chuck Muth) – I know you’re not supposed to kick a man while he’s down, but Jon Ralston – Nevada’s #2 liberal blogger-without-a-TV-show – deserves every bit of the ridicule and laughter he’s been getting from everyone he’s been such a giga-jerk to for the last few years.

Truth be told, Jon used to be somewhat of a legitimate journalist who at least pretended to be fair and objective when it came to conservatives.  Then something snapped in the buffoon about five years ago during the 2011 legislative session and he became a veritable left-wing cheerleader dripping with disdain for those he disagreed with on the right.

The only semblance of fairness came from the contempt, scorn and derision he showed to lefties who supported Bernie Sanders in the Democrat presidential primary this year.

Which I guess only shows that he’s an equal opportunity jerk.

Anyway, the Las Vegas Review-Journal did a follow-up story on the hilarious story of Sputtering Jon getting canned by…and I just can’t stop laughing at this…public television!

And even though Ralston allegedly offered to take a salary cut, PBS axed the him anyway.

In the story Ralston whines that he was canned without notice after an interview with Phil Ruffin, a big Donald Trump supporter and owner of the Treasure Island Resort.

“I go to a meeting on Monday night and was told summarily that the show was being canceled,” he said.

Sputtering Jon also complained that no one from the station reportedly told him that a number of donors did’t like his abrasive style and hard-left partisanship.  He said no one ever signaled they were unhappy with his editorial opinions and if he’d been asked to eliminate his dumb-ass (my characterization) opening commentaries, “he would have been open to that.”

Instead, they sandbagged him.

Sounds like PBS treated Ralston pretty much the way Ralston treated everybody else.  He’d often be polite and respectful of a guest on his show, but then after the fact ridicule and berate them with reckless and wild abandon on his twitter feed and his blog.

Professional he was not.  He was (and still is) a jerk.

Elaine Wynn, one of Ralston’s few sponsors, called Jon both abrasive and “quirky.”

Which is just a polite way of saying he was a jerk.

What goes around came around for ol’ Jonny Boy once again.

Karma’s a wonderful thing, isn’t it?