Trump Campaign Lining Up Tyson, Knight and Ditka for Convention 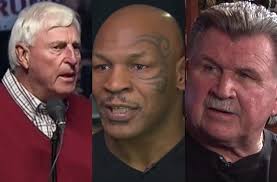 (Jennifer Jacobs/Bloomberg Politics) – ESPN has nothing on this summer’s Republican national convention.

Talks are in the works with a broad slate of other celebrities and top athletes, so the list of those appearing at the convention will grow, organizers said.