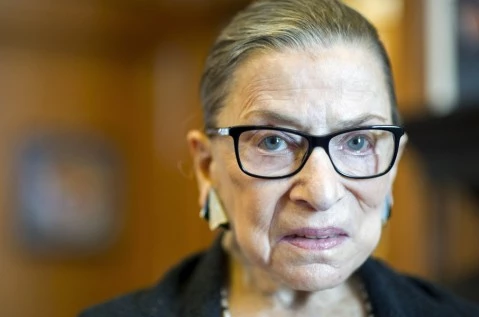 (Aaron Blake, The Washington Post) It’s a political cliche at this point to joke about moving to another country if a certain presidential candidate doesn’t win. Gobs of Americans were headed to Canada if George W. Bush was reelected in 2004. A similar contingent threatened to flood across our northern border when Barack Obama was elected and reelected.

Most justices aren’t Ruth Bader Ginsburg, though. And in a new New York Times interview, Ginsburg doesn’t hold a thing back when it comes to the 2016 election.