Event sells out 1,500 tickets in just seven weeks; Attendees include residents from all 17 Nevada counties 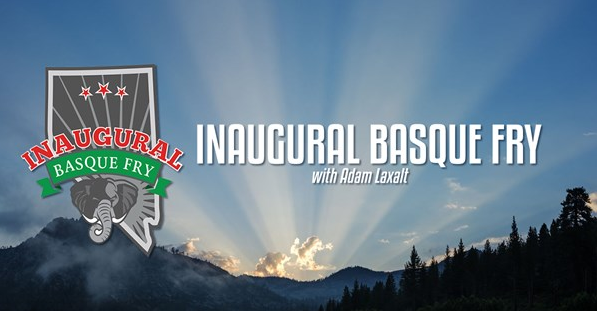 GARDNERVILLE – On Wednesday, Nevada Attorney General Adam Paul Laxalt announced that the Morning in Nevada PAC’s Inaugural Basque Fry, scheduled for 11am to 3pm on Saturday, August 15th at Corley Ranch in Gardnerville, Nevada, has officially sold out.  Tickets first went on sale for the event in mid-June and the last ticket was purchased this morning online at http://www.morninginnevadapac.org.

“I couldn’t be more thrilled with the enthusiasm and excitement that the Basque Fry has generated,” Laxalt stated.  “This concept, centered around Nevada history and heritage, really took hold across the state.  My heartfelt thanks goes out to our special guests, the event sponsors, our hosts at Corley Ranch, our team of volunteers and to all the ticket holders.  My wife and I cannot wait to see everyone in Gardnerville on August 15th.”

Live entertainment will be provided by Nashville, Tennessee-based country and western band the Davisson Brothers Band.  There will also be face painting and a farm animal petting zoo for the kids.

Individual tickets were sold for $35 each or $50 per couple.  Kids are attending for free and special VIP tickets were offered, as well.

The Morning in Nevada PAC was created by friends of Nevada Attorney General Adam Paul Laxalt to help fund conservative causes, candidates and organizations.  As the youngest state Attorney General in the country, Laxalt is part of a new generation of leaders who have served our nation in Iraq or Afghanistan.  Morning in Nevada PAC seeks to help recruit and support other conservative young men and women who wish to serve in elected office.

The inspiration in choosing the name Morning in Nevada PAC comes from conservative hero Ronald Reagan, and his hopeful vision for a Morning in America.  We believe that Nevada is ready to experience our home state version of that – which we call Morning in Nevada.