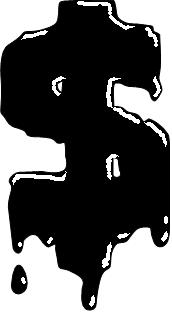 (Robert Romano, NetRightDaily.com) – Oil consumption in advanced economies in 2014 was at its lowest level since 1995, data from the U.S. Energy Information Administration shows.

Use of petroleum in Organization for Economic Co-operation and Development (OECD) nations, which includes the U.S., Canada, Mexico, Europe, Japan, and South Korea, peaked in 2006 at 50.1 million barrels of oil a day. And has been dropping ever since, coinciding with the Great Recession, to 45.5 million barrels a day in 2014.

For some perspective, the population of OECD nations has increased by 150 million since that time to about 1.25 billion, indicating that the current levels of consumption are indicative of far weaker demand for petroleum — tied to the weak economy.

At the same time, oil supply worldwide hit an all-time high in 2014 at 93.1 million barrels of oil.

So, demand for oil is sinking at the same time production worldwide increased. Combined with the dollar strengthening at precisely the same time, the price of oil has collapsed dramatically to about $47 a barrel as of this writing — levels not seen since the mid-2000s.

But do not discount other signs of economic weakness. Interest rates dropped all throughout 2014, signaling weaker demand for credit. But that might just be explained by weak economic conditions overseas and a flight to safety into dollar-denominated debt instruments like U.S. treasuries.

Working age populations have been slowing throughout the developed and developing world, which, too, can impact demand negatively, resulting in lower prices.

During the same time period, Europe has been experiencing outright deflation. And now China’s stock market has crashed.

U.S. oil consumption was actually up in 2014, but that was not enough to offset the recession elsewhere. It was into that environment that oil producers, led by the U.S. shale oil miracle, dramatically increased production. Of course prices were going to drop.

But this is not simply a supply story. Coupled with other data signaling economic weakness, the lower prices may not be a good indicator of economic growth going forward. They could be a flashing sign warning of an impending recession. Word to the wise.