Is the Libertarian label electoral poison, or is there another explanation?

(Brian Doherty, Reason)One of the more on-the-surface disquieting state-level results for the Libertarian Party, in a year where their presidential ticket broke vote total and percentage records by leaps and bounds, was the unprecedentedly crushing defeat of the only actual state-level Libertarian incumbent up for re-election, Nevada Assemblyman John Moore. (Moore was elected in 2014 as a Republican with a bare 50 percent majority, and switched parties to Libertarian while in office in January.)

He got only 7 percent of the vote, behind winning Democrat Jason Frierson with 56 percent and Republican Norm Ross with 37 percent. 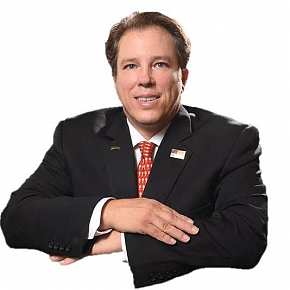 As reported here last week, the L.P. itself, on both the state and local level, had pretty much washed its hands of John Moore over his voting for a Nevada stadium subsidy. The Libertarian National Committee was especially peeved because they had given Moore a very rare cash donation of $10,000 to help him keep his seat, money apparently ill-spent, and money they wanted back after his apostasy on the stadium vote.

Moore was not alone as an incumbent losing his Assembly seat in Nevada this year. As the Las Vegas Review-Journal noted:

Still, incumbents, suffice it to say, usually do a lot better than 7 percent. Could it be that the Libertarian label is such electoral poison that it subtracted over 80 percent of Moore’s support?

It’s true he did barely squeak by in his 2014 victory, with a mere 40 vote difference between him and the Democrat incumbent Frierson who beat Moore this time.

Moore himself, and Nevada L.P. state chair Brett Pojunis, did not reply to requests for comment as to the meaning of Moore’s defeat as a Libertarian as of posting time. But a conversation with other Nevada-based L.P. activists revealed some reasons why this happened to Moore that might not be entirely the fault of the L.P. label.

Nevada-based Libertarian activist and political operative Jason Weinman concludes given the curious circumstances of his 2014 victory that “Moore never had a chance of winning re-election as a Republican” but might have as a Libertarian, since his unique status as a sitting Libertarian legislator could have been a useful machine for “getting media coverage, could have been a substantial news story not just locally, but nationally,” though that never panned out in a major way.

The best explanation for how Moore squeaked by in the first place in a traditionally Democratic District 8, in Weinman’s read, was because in 2014 the Democrats ran for governor someone who lost to “none of the above” in the primary by 6 percentage points and they had little reason statewide to care about the election at all. (Since the Party needed to put a real human on the ballot, number two runner up Robert Goodman ran, and lost.)

Turnout in Nevada in 2014 was historically low, and Republican turnout beat Democratic by around 8 percent. Moore winning in 2014, Weinman says, “was a total fluke” and he never had a real chance in 2016, unless he could be a Libertarian and talk the Republicans into not running someone against him. At the last minute a Republican unwilling to honor any unspoken deal with Moore, Norm Ross, entered the race.

Although both the state and the national Party continued pushing and supporting Moore up until the illusion-shattering stadium vote, Weinman thinks that as soon as Moore was running against two major party opponents, an inability to break even 10 percent should have been obvious to anyone familiar with local Nevada politics, which lots of national supporters and funders may not have been.

Indeed, that ignominious defeat for Moore is how it turned out. So, the story isn’t as simple as the Libertarian label instantly sapping over 80 percent of an incumbent’s support.

In slightly better news for the L.P., Dennis Hof, famous for operating houses of prostitution in Nevada, got 39 percent in a two-way Assembly race running as a Libertarian against GOP incumbent James Oscarson.

Brian Doherty is a senior editor at Reason magazine and author of Ron Paul’s Revolution: The Man and the Movement He Inspired (Broadside Books).