Parasites on the Republic

Parasites on the Republic
N&V Staff

(Bruce Fein, The Huffington Post)Parasites of the Republic abound. 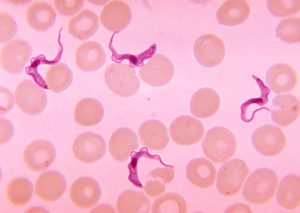 Their modus operandi is to hijack government for self-enrichment.

They should be rebuffed and ostracized as if clones of Benedict Arnold.

Fix your eyes on the coalition of the American Optometric Association and contact lenses manufacturers currently exhorting Congress to enact the Contact Lens Consumer Health Protection Act (CLCHPA) to mulct their patrons, i.e., eye patients and buyers. Its title would be condemned as false and deceptive advertising by the Federal Trade Commission if it were not constitutionally protected by the Speech or Debate Clause.

The ulterior congressional motive is to grant an optometrist monopoly over the eye industry through veto power over contact lens transactions. Consumer health is a feint.

Contact lens users are not clamoring for a federal law to protect them from allegedly ill-advised purchases. But as fabled campaign manager of President William McKinley, Mark Hanna, quipped, there are two very important things in politics. The first is money, and the second is forgotten.

There is no need to regulate the distribution or sale of contact lenses. In Japan and most of Europe, no doctors’ prescriptions are needed. Dr. Paul B. Donzis, a professor of ophthalmology at UCLA, found significantly lower contact incidence reports in most of the countries sans the United States prescription requirement.
But we are living in a Golden Age of fact-free debate. CLCHPA’s proponents allege that keratitis, an inflammation of the cornea, occurs more frequently with online contact lens orders than from purchases supervised by the prescribing doctor. Dr. Donzis retorted: “Based on…authoritative scientific articles, it appears that online sales of contact lenses have not contributed to any increase in the incidence of contact lens related [injury].” A prominent 20-year epidemiologic study of contact lens related-keratitis published in 2007 by the medical journal Eye & Contact Lens found no increase in the incidence of microbial keratitis since the advent of online sales.
CLCHPA’s true genesis can be discovered with the time-tested adage, “Follow the money.” Before 2004, eye doctors monopolized the sale of contact lenses by refusing to give patients a copy of their prescriptions. Patients became captive customers compelled to purchase contact lenses at doctors’ offices at monopolistic prices. To break the monopoly, Congress enacted the Fairness in Contact Lens Consumer Act to require doctors to provide prescriptions on demand to enable consumers to shop anywhere for contact lenses.

If we want to make America great again, CLCPHA should not only be repudiated, but the prescription requirement for contact lens purchases should be eliminated to facilitate the process of creative destruction–the greatest engine ever discovered for the creation of wealth.

Joseph Schumpeter, the Einstein of economics, taught in Capitalism, Socialism, and Democracy:

“The opening up of new markets, foreign or domestic, and the organizational development from the craft shop to such concerns as U.S. Steel illustrate the same process of industrial mutation–if I may use that biological term–that incessantly revolutionizes the economic structure from within, incessantly destroying the old one, incessantly creating a new one. This process of Creative Destruction is the essential fact about capitalism.”

Technology is waiting in the wings to make contact lens prescriptions or even optometrist office visits museum pieces. MIT reports: “Scientists from the Massachusetts Institute of Technology have developed a new app for smart phones that, when combined with a thin, cheap lens, could give inexpensive and accurate eyeglass prescriptions to smart phone owners.” Geekwire noted in October 2015: “This week’s App of the Week eliminates the need to visit an eye doctor just to get your prescription updated. With Opternative, just grab your computer and smartphone, and about 25 minutes of free time, to update your prescription.” From the Grapevine reported last February: “The days of sitting in an optometrist’s office with a weird machine over your eyes may be a thing of the past. A new company has developed a technology that lets users figure out their eye prescription using a simple, but possibly, life-changing [GlassesOn app].”

Congress should throw crony capitalism like CLCPHA into the trash bin of American history, and let creative destruction flourish.