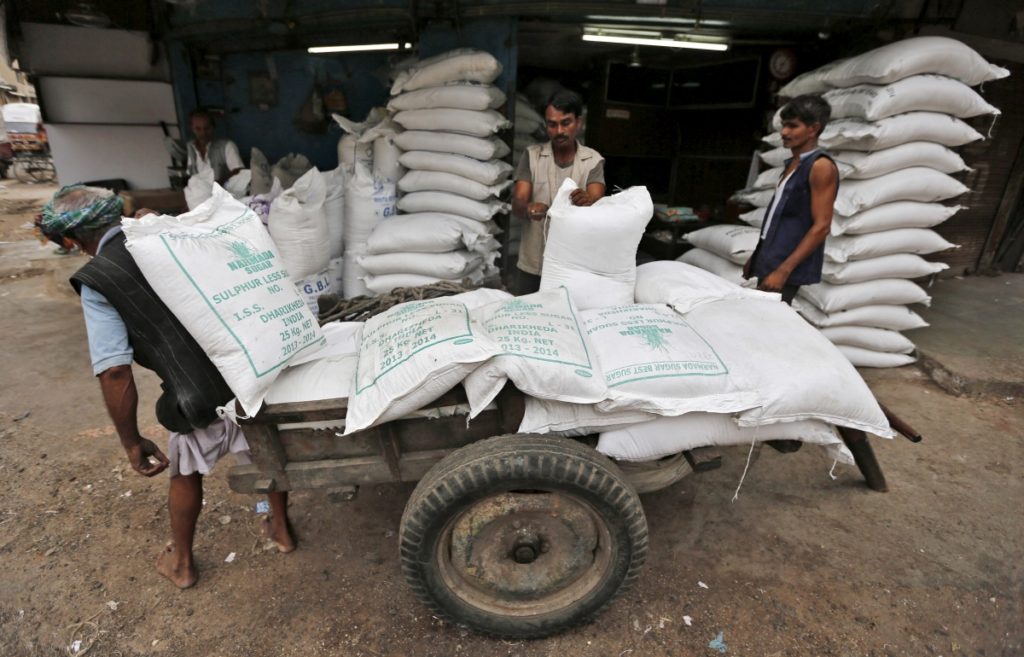 But they can’t exactly come right out and say that.  So instead, they attack the U.S. sugar program of modest tariffs and import quotas with claims that it boosts costs to *consumers* – despite the fact that domestic sugar prices today are almost identical to domestic sugar prices from 30 years ago.

Still, from time to time the listed global price of government-subsidized foreign sugar is, indeed, less than the listed domestic price – until you add in the cost of transporting it here.  Amazon Prime’s free shipping hasn’t entered the global sugar market…yet.

Not only are critics not comparing apples to apples when it comes to actual cost, but they also fail to acknowledge that global sugar prices can be quite volatile.  What goes down in a government-manipulated market invariably goes up.  Take Indian sugar this month, for example.

India is the world’s #2 sugar producer.  And thanks to generous government subsidies to sugar farmers and refiners, its listed prices are often artificially cheap.

Nevertheless, despite an overstock glut carried over from last year, Dilip Kumar Jha of the Business Standard reported this week that “deficient monsoon rain” is threatening this season’s crop, which is “pushing sugar prices to a three-month high in the past few weeks.”

Jha further reports that 14 Indian states and territories “are currently facing a supply shortage due to low output last year.”

In a global free market, Indian sugar consumers could be helped by less expensive imports, right?

However, the Indian government has jacked up its import tax to 50 percent “to control cheap imports” and the Ministry of Consumer Affairs “has directed all sugar associations to order their respective mill members to improve supply to curtail prices.”

Not exactly “free market” economics, is it?

Here’s the thing: While global prices of government-subsidized sugar are sometimes lower than our domestic prices, they’re also sometimes higher when factors out of human control – such as droughts and other natural disasters – come into play.  Plus shipping.