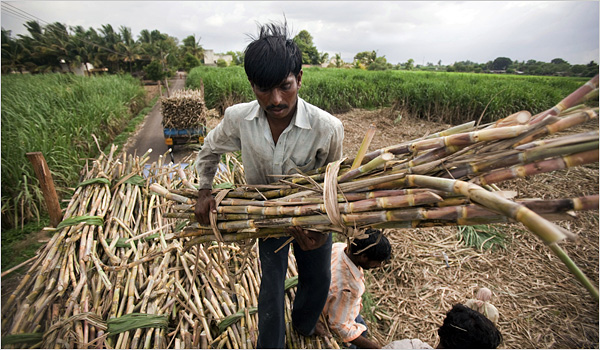 It’s not a free market if the market isn’t free of government subsidies, a fact we’re again reminded of from a report by Pratik Parija in Bloomberg last week…

“India plans to bolster efforts to boost sugar exports and help beleaguered mills in defiance of criticism from Brazil and Australia that its existing subsidies are keeping global prices low and hurting their farmers.

“The government may reimburse exporters some ocean freight and marketing expenses, according to people familiar with the proposal, who asked not to be identified as it isn’t public. The new measures would be in addition to current subsidies.

“Such a move by India, struggling with record stockpiles, may rankle other producing countries. Australia, Brazil and Guatemala have jointly requested the WTO set up a panel to challenge India’s subsidies and make the nation more accountable for its ‘trade-distorting’ policies.”

Parija goes on to detail several of those policies…

“India approved a plan in September to provide 55.38 billion rupees to sugar mills to boost exports and cut a domestic surplus. It also more than doubled the subsidy it pays for cane in the year that began in October to help mills clear dues to farmers. Plus, the nation gave the go-ahead in February for a proposal to ask commercial banks to lend as much as 105.4 billion rupees in subsidized loans to help mills pay growers.”

When the government of one nation is significantly subsidizing an industry in such a manner, it’s simply not a free market.  It’s a distorted market in which the price is artificially low; often below the actual production cost.

The U.S. sugar program of targeted tariffs and import quotas is in place to protect American farmers from competitors that are getting an unfair advantage in the global marketplace thanks to government subsidies.

Some in Congress want to eliminate the sugar program unilaterally without requiring foreign competitors to shed their government subsidy training wheels.  That would be ill-advised and will cost American jobs.