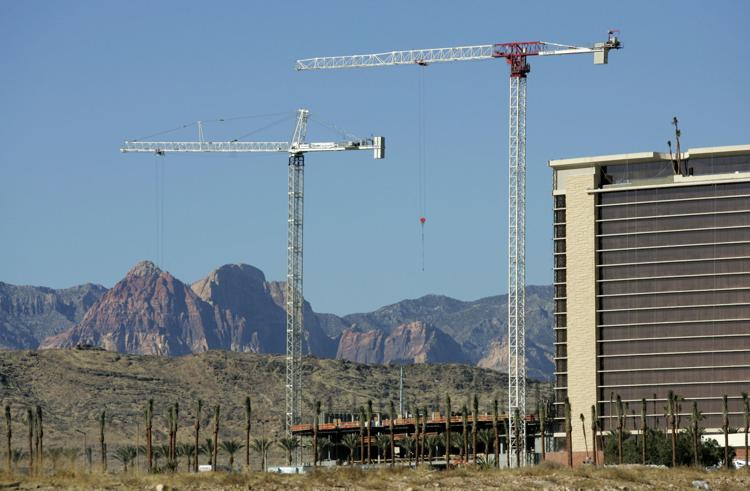 Red Rock hotel-casino under construction with the Red Rock Mountains in the background, in the Summerlin section of Las Vegas.
AP Photo/Jae C. Hong

(Michael McGrady) – The Las Vegas Metro Chamber of Commerce and a casino industry group has challenged controversial ballot measures that would increase taxes to fund education.

The Center Square reported last month that a pair of ballot measures proposed by the Clark County Education Association (CCEA) that would increase the statewide Local School Support Tax (LSST) by 1.5 percent and increase the state gaming tax by 3 percent. If passed, both measures would generate around $1.4 billion in new education funding.

In response, the Vegas Chamber and the Nevada Resort Association filed separate lawsuits seeking to block the CCEA’s ballot proposals.

“Transparency is an essential element to enact sound policies for the future of our state,” a statement from the Vegas Chamber said. “Unfortunately, this initiative petition fails to disclose to voters the full story – that it would raise Clark County’s sales tax rate to one of the highest in the country.”

The Chamber added: “The petition does not make clear that it will raise costs for Nevada families on everyday goods such as clothing, shoes, and school supplies, nor does it inform voters that it will have a chilling effect on retail spending by visitors to our region.”

The Nevada Resort Association filed a lawsuit last week, too, the Las Vegas Sun reported. The casino trade group filed their lawsuit in the same district court, arguing that the gaming tax proposal is misleading and would set a dangerous precedence in tax policy. Like the Vegas Chamber’s BizPAC, the association’s political action committee found that the tax would result in a 44 percent tax increase on some hotel-casinos. The lawsuit also challenges the petition’s description as potentially unconstitutional, given a misleading declaration of the proposed effective date of the proposed law.

“We expect[ed] that there will be legal challenges to our efforts,” a statement from the CCEA announcing the two ballot measures in January said. “In the end, we are confident that our initiative petitions will be accepted, and we will secure the needed signatures to qualify for the 2022 ballot.”

“If the 2021 Nevada Legislative Session does not adequately fund our schools, then these initiative petitions will allow the voters to decide whether they want to fund education adequately,” the teacher’s union added in their statement.

The Las Vegas Metro Chamber of Commerce and the Nevada Resort Association both have voiced their support for balancing education funding policy without drastic implications on Clark County and the state’s businesses.