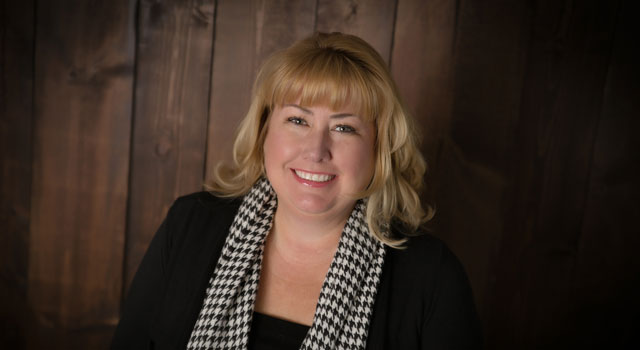 NN&V:  After losing to Assemblyman Silberkraus in the 2014 Republican primary, why have you decided to run against him again?

GROVES:  I decided to run again mainly because of all the new taxes that were created, including the Commerce tax.  Out of the 32 new taxes proposed, Assembly Silberkraus voted for 30 of them.

NN&V:  Why do you think you’ll have better luck this time out?  Assemblyman Silberkraus’s record will help me win.

GROVES:  Voters are tired of tax and spend politicians.  Many voters are really paying attention to who signed the Taxpayer Protection Pledge this time.  It’s not just a marketing piece, it’s a core belief for me.

NN&V:  When it comes to real-world business experience, what are the big differences between you and Mr. Silberkraus?

GROVES:  Mr Silberkraus hasn’t held a job in his adult life.  Good for him that his family has money, but that is the opposite of my life.  I do not have anyone that will give me $242,000 in cash to buy a house like someone did for Assemblyman Silberkraus in 2015.

My first job was when I was 15.  I wanted a car and that was the only way to get one.  I have never not had a job since 1985.  Throughout college (that I had to pay for myself) I often had 2-3 jobs to support myself.

In 2006 I started a Nevada company and we celebrated the close of our 10th year in business.  I hire local Nevadans and I pay a lot of local, state and federal taxes.  I usually have 4-6 employees and several independent Realtors that call Nevada’s Finest Properties home.

NN&V:  Part of your business is HOA (home owners association) management.  A lot of people have a visceral hate for their HOAs.  Are they wrong?

GROVES:  As with ANY industry, there are a few bad apples.  CAI does a study every few years and over 90% of people that live in HOA’s are happy with them.  That runs true in my experience.

When I’m at events and people realize what I do, I am often cornered and have to listen as to why people hate their HOA’s.  The number one reason is that they received a letter that there are weeds in their yard.  I simply ask back if it was true and am told that’s not the point.

Mostly people are just caught and are displacing their anger.  They just need someone to listen.

NN&V:  A lot of voters appear to be looking for “outsider” candidates this election cycle.  Do you think Mr. Silberkraus has become an “insider” after serving only one term in office?  Why or why not?

GROVES:  I believe he has become an establishment candidate just by who supports him and how he voted.  He voted with the Democrats 87% of the time.  He is definitely considered an “insider” at this point.

GROVES:  I am a Pat Buchanan/Ronald Reagan Republican vs. any Democrat.  Mr. Silberkraus is a “Republican in Name Only” based solely on his voting record.

NN&V:  In the last session, legislative Republicans passed a very innovative school choice program called Education Savings Accounts.  But for a variety of reasons, legislators opted to require homeschoolers and the parents of children attending private schools to enroll their children in a public school for 100 days before they can become eligible for the ESA program.   Why do you think these families penalized like that?

GROVES:   This was done to get Federal money for our state schools.  I understand why it was done and it just proves again how flawed our education system is.

NN&V:  Do you support the effort to repeal the “commerce tax” that the Nevada Legislature passed as part of Gov. Sandoval’s $1.4 billion tax hike in the 2015 session?  If so and if the referendum succeeds, how would you replace that money in order to re-balance the budget?

GROVES:  I support the repeal of the Commerce Tax.  The money raised from this tax goes into the general fund (not the schools like everyone was told) to support a large government growth we are currently undergoing in NV.

To replace that money I would suggest: departments need to do more with less, salaries and pensions need to be in line with the public sector.

NN&V: Some say signing the Taxpayer Protection Pledge, as you have done, means you’re close-minded and not willing to consider changing circumstances.  How do you respond to such criticisms?

GROVES:  The Taxpayer Protection Pledge puts in writing something that the voters can believe in.  It’s my promise, in writing, to the voters that I will not support tax increases (or new fees/taxes).

So many politicians will promise anything to get elected and then change their mind depending on who gives them the most money/influence.  This pledge doesn’t mean I am against taxes.  I would rather see tax reform than just raising taxes for the sake of raising taxes.

As a businesswoman, I am experienced in budgets, bids and many ways to get expenses down so more revenue is not needed.  This doesn’t seem to happen at any level of government when it comes to spending taxpayer’s money.

NN&V:  There have been efforts in other states to limit the growth of government spending to the rate of inflation plus population growth.  Would you support such a spending control measure in Nevada?

NN&V:  What do you make of the “Trump Phenomenon”?  Why are so many people who say they don’t like hike voting for him anyway?

GROVES:  The Trump Phenomenon is amazing.  It is showing in a YUUUGE way that voters are tired of politics as usual.  He cuts across party lines like they don’t even exist.

NN&V:  Nevada has a very large Hispanic population.  What is your position on building the “Trump Wall” on the Mexican border and Mr. Trump’s proposal to deport any and all immigrants who are in the United States illegally?

Trump is just stating what we should have been doing all along.  In fact, we have laws that are being ignored on this very topic.  It’s amazing how government can just pick and choose what laws it wants to enforce.

NN&V:  The 2015 Nevada Legislature overwhelmingly passed a resolution calling on Congress to allow state governments to tax internet purchases made from out-of-state companies such as Amazon.com and Overstock.com, supposedly to “leveling the playing field” with traditional brick-and-mortar retail stores.  Do you support such an effort in order to?

GROVES:  I would only support this, if we lowered the state sales tax.

In Nevada, all residents are already required to pay sales tax on internet purchases.  There’s even a form for that.  And if you buy something on the internet from a store that has a presence in your state today, there is already a law that says they will charge you sales tax on that internet purchase.

For example, I use www.staples.com for most of my office supplies.  Every purchase I make is taxed because there are several Staples brick and mortar stores in town.  It was a strange resolution for our state to pass, since we already are paying taxes on internet purchases or we are supposed to file a claim and pay taxes on internet purchases that don’t include the sales tax.

NN&V:  An awful lot of low-income people now have health insurance thanks to ObamaCare.  Do you support its repeal?  If so, why?  And what would you do about people who cannot afford health insurance?

GROVES:  I support the repeal.  I do not believe it is the job of government to supply health care.  Our country has had systems in place for over 50 years to make sure the poorest in our nation have health care.  Under Obamacare, insurance costs are spiraling up and the quality of care is going down.  I have experienced this firsthand and have seen it affect many of my friends and neighbors.

NN&V:  Many states and elected officials have expressed deep concerns about the United States taking in thousands of Syrian and other refugees fleeing ISIS and other radical Muslim organizations.  What is your position on Nevada resettling such refugees here?

GROVES:  I believe that we should take care of our citizens first.  Once that is 100% done, then we can look at helping those outside our country.  I would oppose taking refugees from countries that hate us and want to kill us.

NN&V:  The Nevada Legislature has approved very generous tax breaks for companies such as Tesla Motors and Faraday Future to open manufacturing plants here which are projected to create lots of jobs.  Do you support giving such tax incentives to companies in an effort to lure their operations here?

GROVES:  No, I do not support tax breaks/incentives for any private companies.  This is a huge slap in the face to all of us that work hard every day.  The job of government is not to pick the winners and losers in private companies.  It’s also unconstitutional.

NN&V:  A ballot initiative to raise Nevada’s minimum wage was abandoned this election cycle, but legislative efforts are expected in the 2017 session.  What is your position on raising the government-mandated minimum wage in Nevada?

GROVES:  Government should not set any sort of minimum wage.

NN&V:  Would you consider a constitutional amendment that would allow a lottery in Nevada?  If so, under what conditions?

GROVES:  I’m really torn on a lottery.  I believe in free enterprise, so I should be for this.

I grew up in the public school system in Orange County, CA.  During my years there, a state lottery was created and it was said that it would “benefit the children.”  The problem was that the school budgets were cut and had to be made up with lottery money.  A lottery is not the way to fix schools.

If a state lottery were created for the sake of having a lottery and it was not tied to education or any over part of government, I would support that.  And of course, it shouldn’t be run by the government.  It would need to be a private company with no tax breaks.

NN&V:  Do you support the ballot initiative to legalize recreational marijuana in Nevada?

GROVES:  Yes.  It should be treated just like any other vice product.  Please don’t mistake this as an endorsement of the product, I would not be a customer.

(1) Do you support campus carry?

GROVES:  Yes.  Any law abiding citizen with a concealed carry permit should be able to take their firearm anywhere.

(2) Do you support the ballot measure which would expand background checks to gun shows and personal gun sales?

GROVES:  No.  It’s not the legal gun owners we have a problem with.  If you are a criminal, you can easily get a firearm without worrying about back ground checks.

NN&V:  When voters go into the voting booth in June, what’s the one thing you hope they think about before voting in the Assembly District 29 race?

GROVES:  Vote for Amy Groves because she will protect us from a government that will keep stripping our liberties away and raising our taxes.