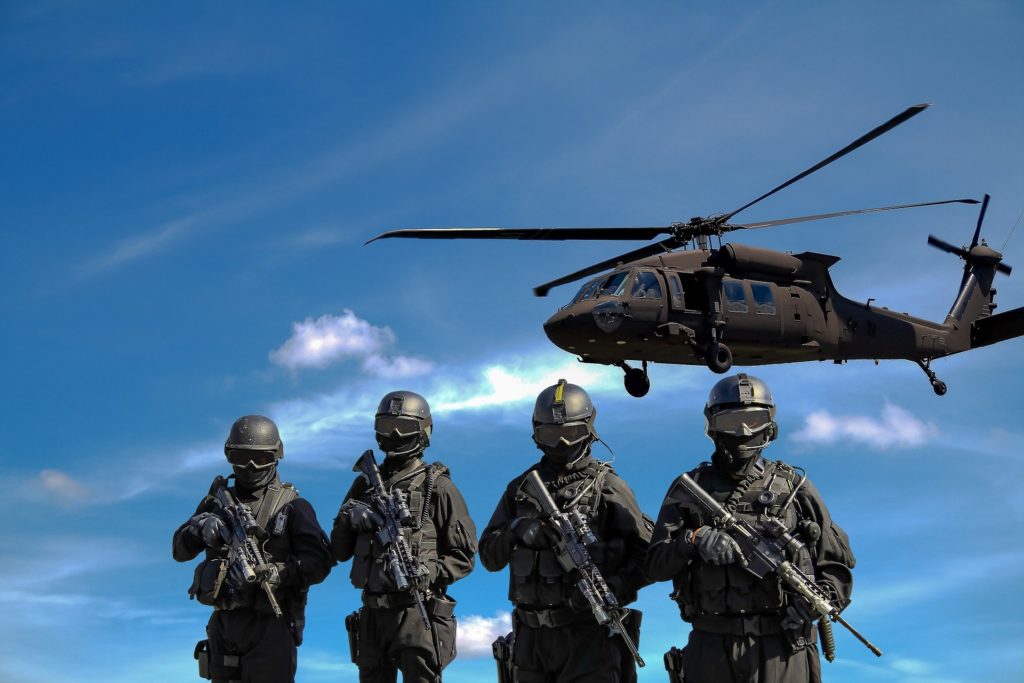 (Ron Knecht) – I try to be well informed on many public policy matters, but I pretend no great expertise on international relations and conflict.  That said, some thoughts on those subjects in light of the current conflict in the Middle East.
As my daughter is learning in her government class, a fundamental duty of national governments is to protect their people from external threats.  After World War I, some Republicans became isolationist, claiming we had little or no stake in many international affairs, and the Great War showed the costs and risks of getting involved.
They were certainly right about the costs and risks.  If all recorded history had not been sufficient to teach us the horrors of war, the Great War certainly should have done so.   The loss of human lives and damage to many survivors and their families, the destruction of cities and towns, of economies, infrastructure and cultures is on its face insane unless it is the only way to avoid even worse developments.
We did not get the worst of that war, although we got plenty.  But Europeans who fought it from start to finish and on their own grounds should have learned because they did.  Nonetheless, they had little choice but to fight World War II because the aggressive evil of racist German National Socialism and Italian fascism attacked them viciously, leaving no alternative.
The isolationists thought we could stay out of that war because we had oceans between us and it.  Some folks believed then and now that if we’re peaceful, non-interventionist and amicable with other countries, they’ll respond in kind.  These views were definitively shattered by the murderous, racist, aggressive Japanese militarism in Asia and then Pearl Harbor.
Two things were clear after WWII.  First, there are significant numbers of evil people and ideas in the world and they sometimes control the means to wreak great destruction.  So, we must be ready to fight and defeat them.
Second, mountains and oceans are no longer significant barriers behind which to hide.  Moreover, there is a compelling positive reason to actively engage with other nations: the huge economic and cultural benefits we get from trade and international relations.
So, we need to maintain a substantial, ready national defense.
The expansionist, totalitarian and murderous evils of Soviet, Korean, Cuban and Chinese communism proved such malign forces were not wiped out in two world wars.  It seems there’s always another one waiting around the corner.
However, with the end of the world wars and the rise of communism following hard on, engaging in war and preparation for it became normal.  Indeed, as President Eisenhower warned, a military-industrial complex had grown from these circumstances and now had an interest in arms production and fomenting conflict.  The MIC is still as powerful, influential and pernicious as ever.
One important lesson of the fall of the Soviet empire is that evil doctrines, if contained, will fail from their own evil.  Thus, the implosion of the Soviet Union because it could not compete with democratic market liberalism.  (For a while, China took a capitalist road, but returned to ruthless authoritarianism.)
Some academics proclaimed this triumph brought the end of history.  They forgot there are always new evil doctrines.
In the last half century, Islamofascism has metastasized because it originated in the Mideast, where the unearned endowment of oil and gas riches, shared by the Saudis with Islamofascists as a defensive measure, allowed it.  Islamofascism is evil because it is in its essence hostile to individual liberty and markets.  And because it views terrorism as a legitimate element of war.
President Bush 43 erred in embracing nation building as a counter-measure.  President Obama’s sick apology tours and pallets of billions in cash delivered to Iran were simply insane, pernicious and anti-American.
President Trump got things right in promising to stop the endless wars where we have no real interests at stake.  That means most of the Middle East, not including Israel.  His surgical strike to kill Major General Soleimani was an ideal response to Iran, especially after foregoing drone strikes.
Now he must find a way to end most of our involvement there and bring most troops home while proportionately parrying Iran’s counterstrikes.
Prev postNext post
Related ItemsIranRon KnechtWar
Opinion
Ron Knecht

Ron KnechtOctober 23, 2021
Read More
Scroll for more
Tap
US Wildfire Policy – Hijacked by Forest Ecologists
“Housing (or Whatever) Is A Human Right”