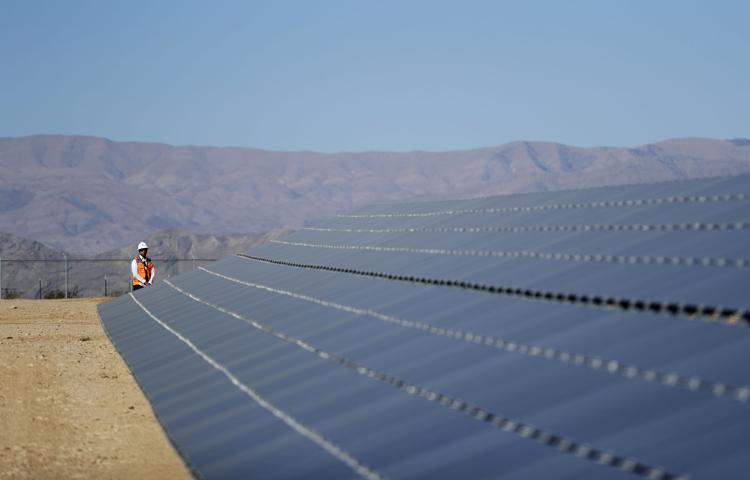 The plan, approved early last month by the Public Utilities Commission of Nevada, will add 1,190 megawatts of new solar renewable energy projects to Nevada — capable of powering about 230 homes — as well as another 590 megawatts of energy storage capacity, and cost about $55 million.

Doug Cannon, NV Energy’s president and CEO, touted the news in a statement saying that the plan “brings the environmental and price benefits of low-cost solar energy to our customers – and the addition of energy storage capabilities allows us to extend the benefits of renewable energy to times when the sun is not shining.”

“NV Energy’s energy savings target for 2020 is 44 percent higher than what the utility achieved in 2018,” said Howard Geller, executive director of the Southwest Energy Efficiency Project (SWEEP). “If NV Energy meets its 2020 target, it will help its customers save an amount of energy equivalent to the electricity use of about 33,000 typical households in the state.”

“Energy efficiency is the cheapest, fastest way to meet our energy needs and tackle dirty air,” said Patricia Valderrama, Nevada policy director for the Natural Resources Defense Council (NRDC). “When our appliances, heating systems, and lighting are designed with energy efficiency in mind, we pay less in utility bills, reduce climate pollution, and save water.”

However, not everyone is a fan of the Nevada Energy plan, which one group said favors solar energy over other forms of renewable energy.

“The state’s focus on solar is a symptom of the political bias in the state’s renewable mandates,” said Michael Schaus, a spokesman with the Nevada Policy Research Institute, a free-market think tank. Nevada Gov. Steve Sisolak signed a bill in April requiring Nevada energy providers to achieve a 50 percent renewable energy portfolio standard by 2030.

“Like most energy mandates, the process is overtly political — favoring politically connected industries, such as solar, while disfavoring other clean energy alternatives. (For example: large Hydropower projects largely do not count toward the state’s renewable mandates, despite being a cleaner renewable alternative to solar or wind),” Schaus said.

He added, “Solar is neither the cleanest nor the most cost effective form of energy production, however, it is nonetheless politically powerful — which explains why the state’s regulatory structure favors it over options that would better suit the interests of ratepayers and the environment alike.”

The plan is comprised of three projects located in southern Nevada scheduled for completion to serve customers by January 1, 2024, according to a news release from Nevada Energy. These projects, the utility says, will also help Nevada Energy fulfill its commitment made to customers last year to double its renewable energy.