Several of the top-tier Democrats vying for their party’s presidential nomination released information this week about their fundraising efforts in the fourth quarter of 2019. 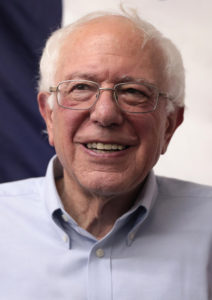 Vermont Sen. Bernie Sanders continued to lead the pack, hauling in $26.8 million during the last three months of the year. Sanders has some 4.8 million unique donors giving an average of $18 each.

Former Vice President Joe Biden raised about $22 million during the quarter and recently released a list of names of people who had each raised at least $25,000 for him.

South Bend, Ind., Mayor Pete Buttigieg brought in nearly $25 million last quarter, up from $19 million in the third quarter. His campaign said it has a staff of 500 people with 65 field offices, including 35 in Iowa where he continues to lead the pack.

Massachusetts Sen. Elizabeth Warren in a letter to donors last week said she had raised $17 million to that point and was pushing to reach $20 million, a dip from the $24.6 million she raised in the previous quarter.

Final reports on the quarter are due to the Federal Election Commission by Jan. 31.

Warren has continued to decry some candidates going after “big money” donors, commenting during last month’s debate in Los Angeles that Buttigieg had held a fundraiser at a wine cave that carries $900 bottles of wine.

California businessman Andrew Yang’s campaign said it took in $12 million during the fourth quarter, a 25 percent bump from the previous quarter, although he continues to hover at around 3 percent in national polling.

The Democratic National Committee on Monday rejected a request from Yang to commission additional polls in the four early voting states ahead of a Jan. 14 debate in Iowa. The Iowa caucuses kick off the 2020 election season, followed by the New Hampshire primary on Feb. 11. Nevada holds its caucuses Feb. 22 and the South Carolina primary is Feb. 29.

So far, only Warren, Sanders, Biden, Buttigieg and Minnesota Sen. Amy Klobuchar have qualified for the Iowa debate. Yang and businessman Tom Steyer qualified for the Los Angeles debate under less strict standards. Former New York City Mayor Michael Bloomberg has four qualifying polls but is not soliciting campaign donations and thus will not be in the debate.