How to Drive Race-Baiters Nuts: Just Stand Up to Them

How to Drive Race-Baiters Nuts: Just Stand Up to Them
N&V Staff

(Chuck Muth) – After I called out race-baiting Nevada 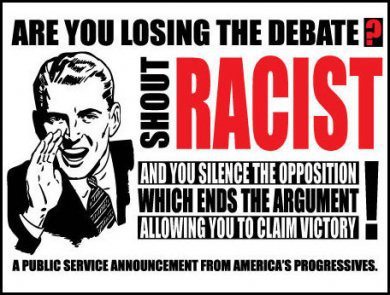 State Sen. Kelvin Atkinson (D-Some Black Lives Matter) for misrepresenting in a tweet over the weekend what a Metro police officer said at an NAACP-sponsored community event I attended on the West Side which was organized to discuss officer-involved shootings, Atkinson responded by calling me a “racist” and a “homophobe” and blocking me on Twitter.

What a crybaby.  And a loser.  And an embarrassment.

“Hillary Clinton we have to defend all of our rights, voting right, LGBT right, civil rights, women’s rights!”

“Oh, puh-lease. The only rights you should really be worried about is the Bill of Rights.”

Democrat Assemblyman Elliot Anderson was then enticed into the Twitter discussion after I pointed out that the Founders never intended that any politically correct group receive “special rights.”  Anderson tweeted…

“They intended that you shouldn’t read the bill of rights as exclusive & ‘only care’ about the BOR.”

This is a typical liberal ploy, and I wasn’t about to fall for it.

You see, I never wrote “only care.”  I wrote “should really be worried about.”

So Anderson dishonestly attributed a quote to me that I never said or wrote.  The sort of thing losers often do when they’re on the wrong side of a losing argument.

When I pointed out Anderson’s intellectual dishonesty, he tried to cover his butt by claiming “it was a paraphrase of your words.”

No it wasn’t.  It’s not a paraphrase when you put your own words in quotation marks and attribute them to someone else.

After I caught him in it and called him out for it…Anderson clammed up and scurried off, not to be heard from on this issue again.

Another liberal yahoo – with all of 72 Twitter followers, so I’m not going to mention his name and give him more exposure here – jumped in with this…

“I’m guessing Chuck doesn’t have the guts to enumerate these ‘special’ rights.”

Indeed, I called the schmuck’s bluff and pointed to race-based preferences in hiring and college admissions, a shameful reverse-discrimination practice that still goes on today.

The response from the race-hustlers?  Crickets.

Lord, how they hate being proved wrong

But my favorite was the jerk who thought he was oh, so clever when he tweeted that he bet I had a white robe and hood in my closet.

When I replied, “Only if you left yours there,” he wrote…

He then deleted the exchange from Twitter and blocked me.  What a weenie.

And that, ladies and gentlemen, is why I’m known as the #1 irritator of liberals.