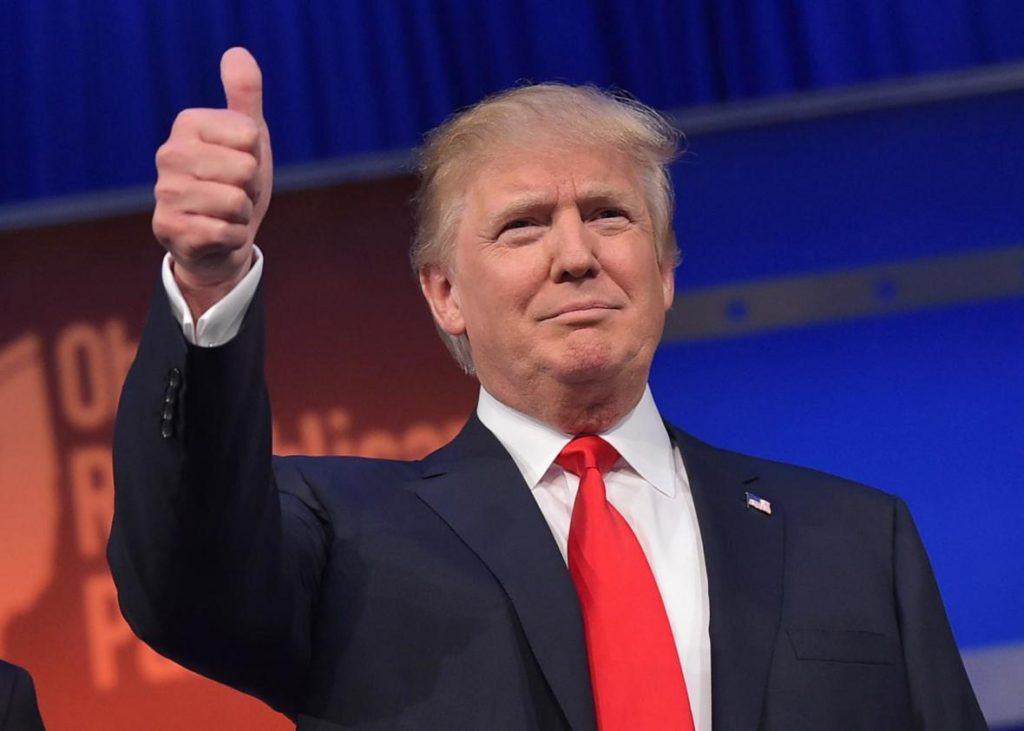 (By Roberta Rothwell) You bet he is! He’s CRAZY rich! He’s CRAZY successful! He’s CRAZY not politically correct! And he’s CRAZY committed to Making America Great Again! And I will take that any day over being an apologist and divider, or liar and hypocrite.

The Democrats wish to paint Mr. Trump as a friend to Russia and Putin. Have they forgotten the video of Obama leaning over to Putin – not realizing there was an open mic taping his comments – that when the election was over, he would be able to bargain better?

Let me say this right up front, President Obama has been the worst home-front disaster since 9-11. Not since the Watts riots has our country been so divided by racial standards, so disrespected and not trusted by other nations, so embarrassed by the gaffs of our political leaders, seen the rise of workplace violence, and so lied to by our nation’s leaders. Obama’s continued disrespect of our Armed Forces and Police Departments, with his pandering to only Black causes like Black Lives Matter and jumping in before all the facts are heard, has lead our nation down a path of self-destruction. Is it only me that sees the mess he left Chicago? More racially divided and with a crime rate that has gone through the roof? Only now he spreads his evil hated across our entire nation.

Is it only coincidence that he has enriched Iran by another $400 MILLION in CASH in a SECRET deal back in January that we are just learning about today? If this exchange of cash for hostages is so on the up-and-up, why do it behind the people’s backs? Is it only the American people who realize that any sanctions lifted or any money given will be turned around and used against the U.S. to kill our soldiers, pose direct threats on our friends in the region, and then invade our soil?

It wouldn’t surprise me if before the next President is elected, Obama will call for Jihad and all the “sleeper cells” and disguised refugees will rise up and kill as many of us as they can. Obama will then declare Marshall Law, take away our guns, name himself King, and never step down.

It amazes me there are actually people out there who support Hillary Clinton. Just like those who voted for Obama only because he was Black (odd how the fact that he had a White mother and grandparents got lost after awhile); there are those that will vote for Hillary only because she is a woman. In my lifetime, I would love to see a woman become President. Just not this one. I want to have a woman that all little girls can look up to and respect. Not someone who had let her husband parade his affairs in front of her face and her only comment was, oh, that’s just Bill; we have a different kind of relationship. Really? Should all wives let their husbands spit in their face and show no respect at all?

I don’t understand how minorities can vote for this woman when they complain about inequality and an unbalanced Justice System that targets non-Whites disproportionably. Rich, White, Female Hillary has been exposed as one of the biggest liars of our generation and has received a “pass” from the Obama administration, when anyone else who had done what she had done would have been fired, jailed or both. My brother sent me a cartoon showing Martha Stewart, mixing bowl in hand, commenting, “Remember when I was jailed for lying to the FBI?” In the next frame is Hillary with a one-word comment: “Amateur!”

On Fox News Sunday, and Chris Wallace let her get away with this, she still refused to take responsibility for her actions. Instead, she blamed it on the 300 or so employees in her State Department that THEY should have known what was classified and what wasn’t. And she still denies that ANY of the material was marked with any “Classified ranking”, which the FBI Director said is a blatant LIE!

How can mothers get behind this woman? Don’t you try to teach your children NOT to lie? Don’t you instill in your daughters that a man should treat you with respect? Please, let us wait for a proper role model to which we can point and say, “See children. You too can grow up to President some day and be RESPECTED by all the people in the world.”