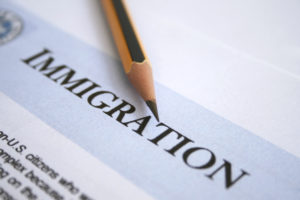 (Team NumbersUSA) You want to end illegal immigration and fix our immigration enforcement system. We certainly look forward with great hope to the possibility of having a president who will support real reforms, instead of undermining existing law.

But if you and I want lasting change — change that survives the NEXT presidential election(sorry to mention 2020, folks) — we have to strengthen our laws.

Too many of lawmakers have skated by on paying homage to ending illegal immigration, but haven’t really done anything.

So we present a ten-point plan for change.

The Center SquareApril 21, 2020
Read More
Scroll for more
Tap
What Mainstream Media “Journalists” Did NOT Report About Khizr Khan
Catherine Cortez Masto thinks photo op hides fact she has not worked in private sector in more than 20 years