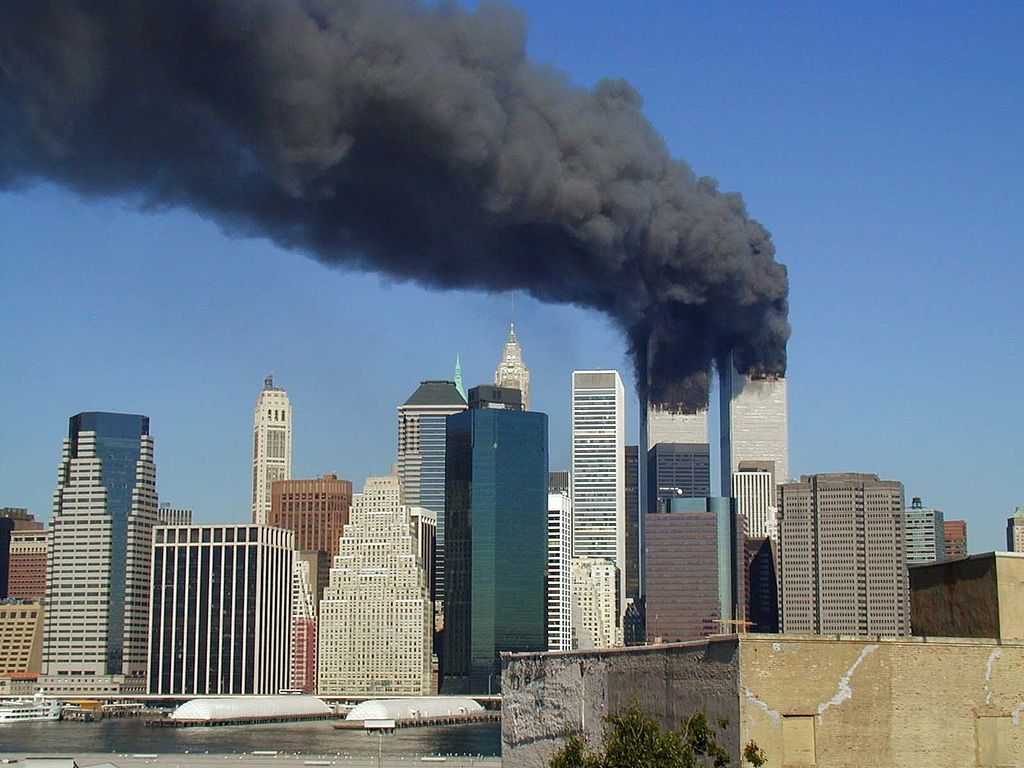 It has been a little over 16 years since the morning I woke up to a phone call from a friend who told me to turn on the television—which I did just in time to see hijackers crash United Airlines Flight 175 into the World Trade Center’s South Tower, killing everyone on board and thousands inside the building.

My memories of that morning are still quite clear.

The night before, I had just taken a very large check as the earnest money to sell KRLV, our Las Vegas radio station, but, for the time being, we were still in the radio business and this was something we needed to cover.

I called the station, and heard a young lady on a radio network I will not name tell us that “America was brought to its knees this morning…” whereupon I told our morning host, Rodd Stowell, to cut off the network and bring it right back to us.

I suggested, on the air, that this is a very big country and the only person who can bring us to our knees isn’t some towel-headed terrorist but, one (or all) of us.  And, 16 years later, I believe I was right then and now.

I refuse to apologize for being wary of a religion which has, in its guiding documents clauses that say: “Kill them [unbelievers] wherever you find them… And fight them until there is no more unbelief and worship is for Allah alone”(Quran 2:191-193).

Today, if you Google this, Google will give you a page full of apologist sites which scoff at such thoughts before the truth.

Sorry.  When these guys disarm—like the Japanese did after World War Two—I’ll actually take them seriously.  Until then, I trust a whole religion as far as I can throw an ayatollah in Iran.

The fact is that when your view of a religion includes killing those who don’t believe, you are no better than Adolf Hitler demaning that another religion needs to be killed off.

And the only way Islam can gain my trust is to turn on their thugs in a very similar manner to the way the Church of the Latter Day Saints turned on the thugs who call themselves the Fundamentalist Church of the Latter Day Saints. There is something very similar to radical Islam which seeks to enslave women and the FLDS which—without the same level of physical violence—tends to seek the same thing.

We have Warren Jeffs in prison now and—unfortunately—the solution for radical Islam would take a large number of Supermax prisons to implement.

While the rank and file may be clinically insane, you’ll note that the leadership very rarely puts itself in a position to see 72 virgins.

Martyrdom in radical Islam appears to be for the schmucks who aren’t very smart.

The smart guys tell the schmucks to go kill themselves and they will be honored forever.

My gut feeling is that there is not an endless supply of schmucks who want to kill themselves.

And, it is time we started fighting fire with fire.

If some putz is so radicalized that the only cure for him is a beheading with a pork covered sword, we should accommodate him.  I’m tired of hearing that is not who we are.

We protect our own.

That, is who we are.  And, if it involves getting our hands dirty, then let’s try.  What we’ve been doing in the last 16 years hasn’t worked very well.