It’s Time for a Truth-in-Labeling Law for Political Candidates! 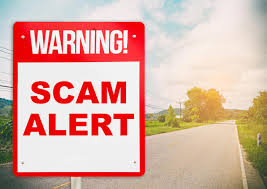 So, there was a candidate forum in Las Vegas Tuesday night.  Three candidates showed up.  And according to Las Vegas Review-Journal reporter Ramona Giwargis, here’s how attendee Cheryl Rosensweig characterized the presentations…

“They all said the same thing.  It was hard to distinguish between them, and I’m not really sure what the difference is.”

He’s the incumbent state Treasurer.  By definition, duh, that makes you an insider in the political system.  You’re in office.  You’re on the inside.  Just as Sisolak and Giunchigliani – incumbent Clark County commissioners – are insiders.

As for being a “conservative” – oh, please.  Get real.

Schwartz is running in the June 12 GOP primary against a real conservative, Nevada Attorney General Adam Laxalt.  And since GOP primaries are dominated by conservative Republican voters, Schwartz – like Republican in Name Only (RINO) snake-oil candidates before him (hello, Gov. Brian Sandoval!) – is portraying himself as something he’s not.

Fortunately for Schwartz there’s no “truth-in-labeling” law against false advertising that applies to campaigns.

But don’t take my word for it.  Just consider the similarities he expressed with the two Democrat candidates in the above-referenced forum.

“On health care,” Giwargis reported, “all the candidates said they would maintain current Medicaid benefits in Nevada and fight efforts to roll back coverage.”

True conservatives know that Sandoval’s expansion of Medicaid under ObamaCare was not only a bad idea from a policy perspective, but a monstrously dumb idea from a fiscal conservative standpoint.  It will, inevitably – and conveniently AFTER Sandoval mercifully leaves office – bankrupt the state.

And then there’s the tax issue.

But it’s even worse than that…

Schwartz also supports the idea of taking the money from that tax hike and dumping it into the black hole that is our state’s government-run/union-managed public school failure factories.  What in the wide, wide world of sports is “conservative” about that?

But Schwartz wasn’t done.  He also voiced support for raising taxes for public transportation projects because, according to him, the state is “broke.”

Broke?  Are you kidding me?

The governor and the Nevada Legislature just passed the largest tax hike in Nevada history – a $1.4 BILLION mama-jamma – in 2015.  If the state is now “broke” we clearly have a spending problem, not a revenue problem.  Any “conservative” should recognize that in a New York minute.

The truth is Schwartz has been looking for “new revenue sources” ever since he got himself on the inside.  He supported making the “temporary” “sunset” tax hikes from 2009 permanent, a new business income tax, and an unlawful $5 per passenger fee at Nevada’s two biggest airports.

What’s “conservative” about that?

Look, if Dan Schwartz wants to run on a platform of raising taxes, increasing regulations and growing government, fine.  But run as a Democrat.  Or at the very least, accurately portray yourself as a liberal Republican.

But stop trying to trick Republican primary voters by falsely claiming you’re a “conservative.”  You’re not.  You just aren’t. Even if it says so on your label.  There ought to be a law.