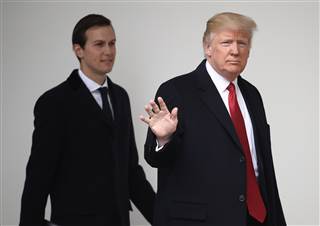 The source said Kushner is traveling with Marine Gen. Joseph Dunford, chairman of the Joint Chiefs of Staff. The visit wasn’t announced in advance, and no information on the purpose of the trip was immediately available.

But Trump has entrusted Kushner, 36 — who is married to his daughter Ivanka — with, among other duties, the role of peace envoy to the Middle East.