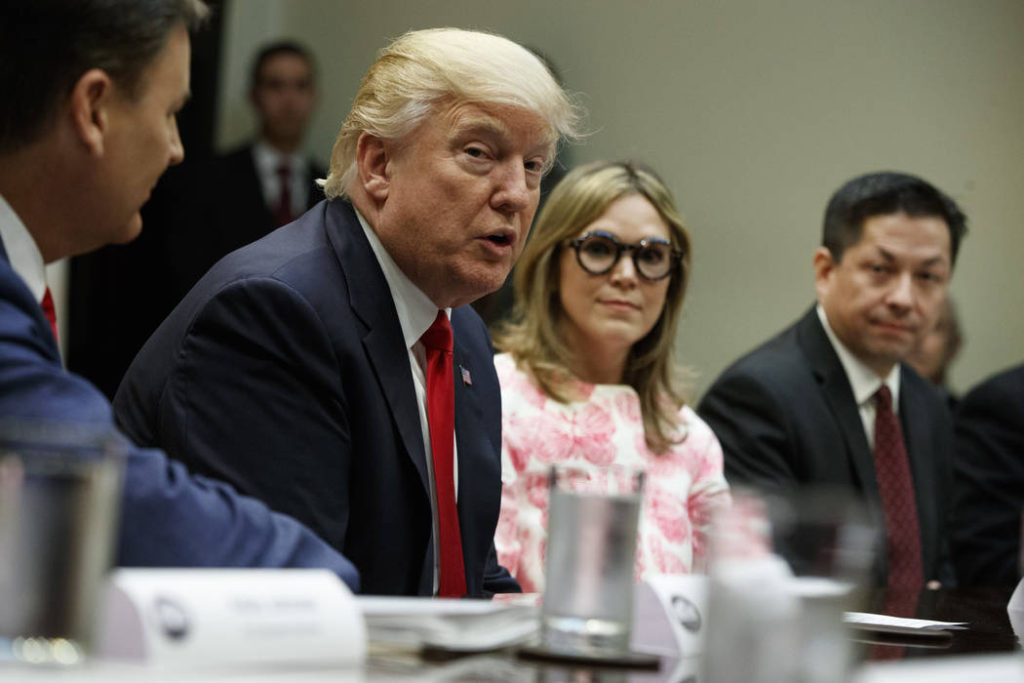 President Donald Trump speaks during a meeting with the National Association of Manufacturers, Friday, March 31, 2017, in the Roosevelt Room of the White House in Washington. (Courtesy: Evan Vucci/AP)

(Valerie Volcovici & Matt Spetalnick) – President Donald Trump held out the possibility Sunday of using trade as a lever to secure Chinese cooperation against North Korea and said Washington might deal with Pyongyang’s nuclear and missile programs on its own if need be.

The comments, in an interview published Sunday by the Financial Times, appeared designed to pressure Chinese President Xi Jinping ahead of his visit to Trump’s Mar-a-Lago resort in Florida this week.

“China has great influence over North Korea. And China will either decide to help us with North Korea, or they won’t. And if they do that will be very good for China, and if they don’t it won’t be good for anyone,” Trump was quoted as saying, according to an edited transcript published by the newspaper.

Asked what incentive the United States had to offer China, Trump replied: “Trade is the incentive. It is all about trade.”

Asked if he would consider a “grand bargain” in which China pressured Pyongyang in return for a guarantee the United States would later remove troops from the Korean peninsula, the newspaper quoted Trump as saying: “Well if China is not going to solve North Korea, we will. That is all I am telling you.”