Joe Heck eager for October 14 Senate debate; Continues to push for debates in Reno and Elko 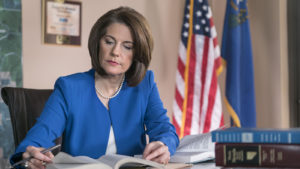 (Brian Baluta, Joe Heck) Following the announcement of a U.S. Senate debate to be hosted by KLAS TV 8 CBS and KINC TV 15 Univision/Entravision on Friday, October 14 between Republican candidate Joe Heck and Democrat Catherine Cortez Masto, the Heck campaign released the following statement and continued to push for additional debates in Reno and Elko.

“The Joe Heck campaign is thrilled voters will have this opportunity to see the depth and breadth of Dr. Heck’s knowledge that comes from a lifetime of working on the issues most important to Nevadans, as opposed to Cortez Masto, whose experience lies in using government and politics to benefit herself,” said Heck spokesperson Brian Baluta. “We will continue to push for debates held in Reno and Elko, broadcast statewide, including on all Spanish-language outlets, to ensure these debates reach the most Nevadans.”

To accomplish that goal, the Heck campaign reiterated its preference for debates hosted by the Nevada Broadcasters Association in Reno and Nevada NewsMakers in Elko to ensure Northern Nevada is included in the debate schedule, whereas the Cortez Masto campaign is pushing for two more debates in Las Vegas. “The Heck campaign is ready and willing to work with our broadcast partners and the Cortez Masto campaign to fill out the remaining debate schedule,” said Baluta.

Dr. Joe Heck challenges Cortez Masto to debates in Las Vegas, Reno and Elko
https://drjoeheck.com/news-releases/dr-joe-heck-challenges-cortez-masto-to-debates-in-las-vegas-reno-and-elko/
On background:
The background provided by the Cortez Masto campaign release earlier today was both false and childish.