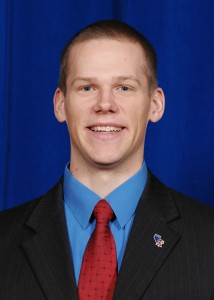 (Victor Joecks, Las Vegas Review-Journal) – Legislators have been skirting the Nevada Constitution to pass tax increases for 20 years, and it’s time to expose their scheme.

They’re violating the Gibbons’ Tax Restraint Initiative, a voter-approved constitutional amendment that requires the support of two-thirds of lawmakers (or a majority vote of the people) on any bill that “creates, generates, or increases any public revenue.”

But big government worked out an end-around. After the initiative went into effect in 1996, the Legislative Counsel Bureau, which provides legal advice to legislators, argued that if politicians punted their authority to a local government board on a particular tax, the bill wouldn’t require two-thirds support.

That opinion provided lawmakers with political cover that allows them to claim they aren’t voting for a tax increase. Because of that cover, many of these tax-authorization measures end up receiving two-thirds approval anyway. But some bills, including SB119 and SB207, which in 2015 authorized the Clark County School District’s current bond campaign, didn’t receive two-thirds approval and went into effect anyway.