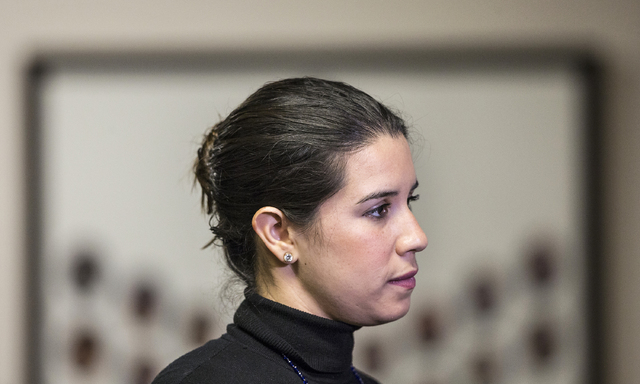 Sen. Yvanna Cancela (D-Nev.) outside the Senate Chamber during the second day of the Nevada Legislative session on February 7, 2017 at the Legislative Building in Carson City. (Courtesy: Benjamin Hager/Las Vegas Review-Journal)

(Victor Joecks, Las Vegas Review-Journal) – SB223, the “sanctuary state” bill from Sen. Yvanna Cancela, D-Las Vegas, is going to die. There’s no need to look for a suspect. Nevada law enforcement is killing it right now. And we’re all safer for it.

Lobbyists with the Metropolitan Police Department and the Washoe County Sheriff’s Office told me they are going to oppose the bill publicly, because it would make Nevadans less safe by releasing criminals who should be deported, eroding relationships with federal law enforcement and costing their departments more than $12 million a year in lost grants.

To understand how extreme Cancela’s bill is, you need to know how lax Nevada’s current policy is when it comes to illegal immigration. You could walk up and down the Vegas Strip in a shirt proclaiming that you’re here illegally, and Metro officers wouldn’t give you a second look.