Jon Ralston Vomits Up Another Manufactured “Scandal” that Isn’t 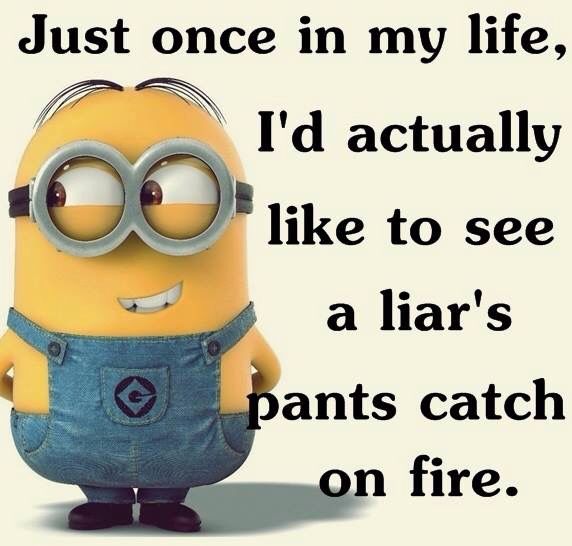 It rages inside him with, as the saying goes, the intensity of a thousand suns.

So when he thought he’d gotten a scoop this week on McDonald and Harris over a fundraising letter, one can imagine him gleefully jumping up and down in his boxer shorts on the bed while wearing one of those beanies with a propeller on top squealing with delight.

And in his premature rapture in “reporting” the story, Ralston not only exposed himself (again) as nothing more than a liberal tabloid blogger, but some of his brethren bit on the story, reported it themselves and ended up with egg on their faces, as well.

Lesson learned: Never trust Jon Ralston when he goes into Ralston Rant mode.  Always verify.  As, to her credit, Michelle Rindels of the Associated Press did.

But I’m getting ahead of the story.  Let’s start at the very beginning; a very good place to start…

“A solicitation for a Donald Trump fundraiser at Lake Tahoe next week asks donors to contribute $25,000 to GOP Chairman Michael McDonald’s personal PAC, not the state party.

Boy, sure sounds serious, doesn’t it?

OK, it’s true that Harris emailed a fundraising letter out to a half-dozen people on Nevada GOP letterhead on August 10 asking that checks be made out to McDonald’s PAC.

But that’s only part of the story – the part Jon wants you to know about.

Now I’m going to tell you, as Paul Harvey would say, “the rest of the story.”  Read on…

In his post, Blogger Jon linked to a copy of the August 10 letter that someone leaked to him – and keep that date in mind, because it’s critical to this story – as well as a “cease and desist” letter Nevada GOP Vice Chairman Jim DeGraffenreid sent three days later.

“I have reached out to McDonald and Harris for comment. Crickets so far.”

Let’s start with this so we can establish Ralston’s level of credibility: McDonald and Harris both tell me Ralston never “reached out” to them – not that they would have given him the time of day anyway.

Still, if Ralston had even a sliver of journalistic ethics remaining in his body, he would have actually tried instead of lying about trying to reach McDonald and Harris.  So…Hillaryesque, is it not?

OK, now let’s move on to Blogger Jon’s breathless August 19th tweets on the matter – vomited out in between frothing at the mouth over the Las Vegas stadium project and the Las Vegas Review-Journal hiring Wayne Allyn Root as a columnist…

“BREAKING: Trump event in NV will not benefit state GOP but chairman’s personal PAC, may run afoul of FEC:”

“BREAKING,” because in Jon’s universe it’s not news unless he breaks it.

“NV GOP chair set up PAC outside party, uses it to pay himself and his pal, using Trump event for more $.”

Note the words “w/all docs.”  That’ll come into play in a little later.

At this point, AP’s Rindels followed up, interviewed Harris and published a story on the matter.

Harris explained that he had volunteered to help McDonald raise money for both the state party and McDonald’s PAC and simply made a mistake in putting the PAC’s name in the Trump email solicitation instead of the party’s name.

Ralston then sarcastically and scornfully amended his blog post with this…

“UPDATED:AP reporters Michelle Rindels reached Harris, who laughably called it a ‘mistake’ and claimed to have immediately corrected it.”

So even though Ralston didn’t speak with Harris or McDonald, he knew, after reading Rindels report, that a mistake had been acknowledged by Harris.

Side Note:  It’d be Ralstonesque for me to point out that Rindels is one person even though her name ends with an “s”, so Grammar Queen Ralston made a mistake in referring to her as “reporters” rather than “reporter.”  But I won’t mention it.

Ralston then went right back on Twitter to continue his diatribe…

“Guys, no biggie. Fundraiser for Trump event says it was a ‘mistake’ to try to direct funds to NV GOP chair’s PAC.”

Harris said it was a mistake in putting the wrong entity’s name in the solicitation.  He never even came close to saying it was a mistake “to try to direct funds” outside the party – because he never did any such thing.

That’s a knowing and willful lie by Ralston.

“Updated story of NV GOP madness w/chairman trying to divert Trump $ to himself, vice-chair going after him, more.”

Another knowing and willful lie.

First, McDonald never tried to “divert Trump $ to himself.”  Both McDonald and Harris confirmed to me separately that Harris emailed the letter on his own without running it past McDonald.  McDonald knew nothing about the letter until after it had already gone out.

Secondly, the “cease-and-desist” letter was NOT sent from DeGraffenreid to McDonald as Ralston claimed.  The letter was sent to the PAC chairman, Zarquis Garcia.  You could look it up.  And only to retroactively protect the party in case an FEC complaint is filed over the mistaken email.

But why let facts get in the way of an effort to mislead the public into thinking there’s discord between two GOP party officials, right Jon?

“Ask yourself this: How is it a ‘mistake’ to ask for money for chairman’s personal PAC instead of NV GOP?  Answer: When you are caught.”

“In the letter, the Trump $ agent made a point of asking that check not go to NV GOP but to chairman’s fund. ‘Mistake.’ I do not think so.”

In the immortal words of The Rock, “It doesn’t matter what you think!” 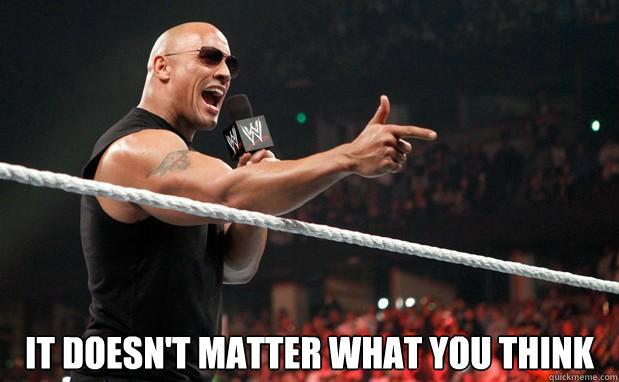 The only thing that matters are the facts.  So now let’s expose Jon’s lack of them.

Ralston wrote about the letter nine days later, on August 19.

On that same day, Rindels interviewed Harris and Harris admitted he made a mistake.

Then Ralston claims Harris only admitted the mistake after he was “caught.”

Remember that tweet where Ralston said he’d updated his blog post “w/all docs”?  Well, he left one critical document out – which demonstrates he’s either a liar, incompetent or unethical.

My guess is all three.

On August 10, just a few hours after the original solicitation was emailed out, Harris emailed a correction to the half-dozen people who received the original.

Not nine days later after he supposedly got “caught.”

And this isn’t something Harris simply “claims.”  He has proof.

Though apparently Ralston doesn’t – or he’s been hiding it because it blows his entire “story” to smithereens and exposes him for the liar he is.

In case you can’t read the image, the email was sent on August 10 at 5:25 pm from “George Harris” with the subject line reading “Trump dinner.”

The body of the text in the first paragraph advises that “there was a Clerical error in the letter I sent earlier, I apologize.  The check should be make out to the Nevada Republican Party, Attn: Michael J. McDonald the address is 500 South Rancho Sutie 7 Las Vegas, NV 89106.”

Again, as this email proves beyond doubt, there was NO ATTEMPT to divert funds from the Trump dinner to McDonald’s PAC.

And the “mistake” was NOT acknowledged only after Harris was supposedly “caught,” but immediately on the same day.

Again, Ralston’s either a liar, an incompetent boob or totally unethical.

Again, I say it’s all three.

Nevertheless, Ralston doubled down on his knowingly and willfully fabricated story by devoting his entire Reno Gazette-Journal column on Sunday to it, including some new, brazen and absurd allegations and assumptions that he just plain made up…

“McDonald had an offer he didn’t think anyone would refuse: Why not have money raised for the state GOP-sponsored event at Harrah’s go to his personal slush fund, a little-known entity called Alpha PAC?”

Again, as has now been proved, there was no effort to redirect money to McDonald’s PAC and McDonald didn’t even know about the original letter until after it had already been sent out.

“The event invite also has the state GOP logo and says, ‘The Nevada Republican Party invites you to an evening with Republican Presidential Nominee Donald J. Trump.’  But Harris had a different idea: ‘We would ask that the check be made out to the Alpha PAC.’ Not the state GOP. The Alpha PAC.”

Again, as has now been proved, that original request was an honest mistake that was corrected on the same day.  Ralston is willfully and knowingly lying in suggesting Harris “had a different idea” and intentionally tried to redirect the money.

“So why would McDonald have Harris ask for $25,000 donations to a PAC that seems to exist only to pay McDonald and his pal?”

Again, as has now been proved, McDonald never asked Harris to “ask for $25,000 donations” for McDonald’s PAC.  It never happened.  That’s a willful and knowing lie.

“Harris told the AP’s Michelle Rindels he made “a mistake,” which is risible. … This was a calculated attempt to divert money to McDonald’s control, not for the party’s benefit.”

Again, the August 10 email from Harris correcting the mistake proves there was no “calculated attempt to divert money.”  It’s a knowing and willful lie.

“It’s only after McDonald and Harris were caught that they backed off.”

Once again, as the August 10 email confirms, the mistake was corrected on the SAME DAY, not “after McDonald and Harris were caught.”  It’s a knowing and willful lie.

Knowing and willful.  Those words have a certain resonance.  I wonder if McDonald and Harris know any good lawyers?

The bottom line is this: Ralston’s a liar.

And his hatred for McDonald and Harris led him to yet another episode of wiping a pterodactyl-sized egg off his weasely ferret-face.

I wonder how long it will take for Channel 13 and the Reno Gazette-Journal to realize what a liability they’ve acquired by allowing Ralston to post his YouTube interviews and slanderous accusations on their otherwise reputable websites?