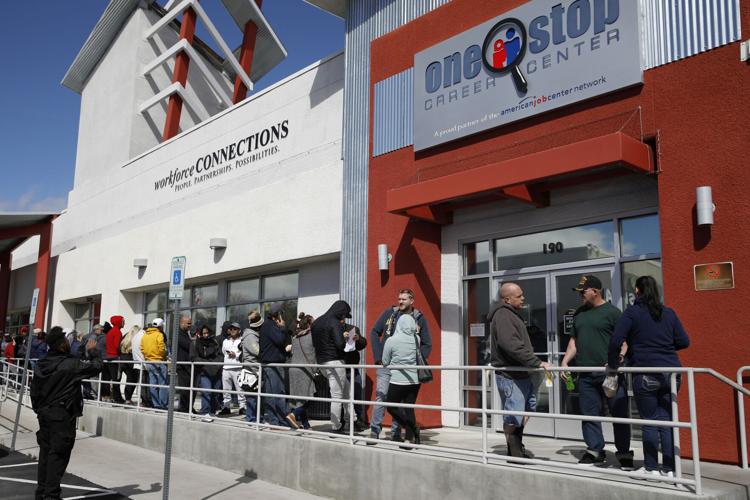 In this March 17, 2020, file photo, people wait in line for help with unemployment benefits at the One-Stop Career Center in Las Vegas.
AP Photo/John Locher

(Michael McGrady) – A district court judge in Reno, Nev., denied an order that would have required the Nevada Department of Employment, Training, and Rehabilitation (DETR) to make a one-time disbursement for claimants of the state’s Pandemic Unemployment Assistance (PUA) program.

Judge Breslow expects the case to be presented before the Nevada Supreme Court because of an appeal that was filed by counsel representing the class action of the PUA claimants. The judge also set a Sept. 10 hearing to discuss his order and to hear testimony from stakeholders among certain elements of the claimant class. This hearing will also serve as discovery to determine whether DETR is following the initial order to pay out benefits to PUA claimants

Breslow first ordered DETR to begin paying PUA benefits to some gig workers and independent contractors starting July 28. However, weeks later, many claimants have not received their benefits.

“At some point in time, if this court is concerned that those payments have not resumed in full, in full, for those groups of people there is going to be a reckoning,” Breslow said in his ruling. DETR, as Breslow pointed out, will need to be transparent regarding the backlog of claimants and cases.

The department will also be expected to prioritize all backlogged cases from application filers made at the beginning of the PUA program, and to offer support for some people who claimed their benefits earlier this year, in February and March, before Nevada entered its mandatory COVID-19 shutdown.