This is the first of a series of columns summarizing my Controller’s Annual Report (CAR) for fiscal year 2018 (FY18). Based on the state’s official books and records, the CAR provides Nevada citizens, officials and others a summary of key facts, data, analysis and issues addressing Nevada’s fiscal condition and policy challenges. 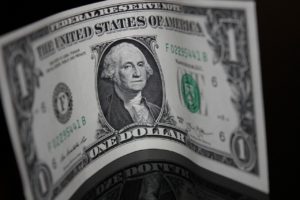 Here’s the bottom line: Over the last dozen years, state spending has grown faster than Nevada’s economy, thus imposing an ever larger real burden on Nevada families and businesses, whose real incomes declined over that time.

Rapid increases in spending on health and social services (HSS) and K-12 education are driving state spending growth. HSS and education (K12 and higher) grew to comprise 79 percent of total state spending of $12.827 billion in FY18, while all other state spending in total declined significantly in real terms.

With population growing 22 percent since 2006 and inflation of 28 percent, real per-person HSS spending grew 70 percent and real per-student state K-12 outlays rose 24 percent. Real per person transportation spending increased seven percent and real higher education outlays fell six percent. As a result, HSS and K-12 by themselves accounted for 82 percent, or the lion’s share of the increases. Remaining spending on a wide range of government functions fell 34 percent in real per person terms.

This is quite contrary to the popular myths and narratives one hears from advocates and special interests related to HSS and K-12. They moan endlessly about budget cuts, which means their wish list requests were prudently trimmed back by the budgeting process. Or they trumpet ridiculous hyperbole, such as the claim a few years ago of a Reno Assemblyman that on his watch he witnessed the systematic destruction of K-12. At the time, K-12 spending had grown faster than even HSS.

Advocates and special interests spewing out such claims either have no idea of the facts or cynically don’t care and just blather such false narratives hoping to advance their cause at the expense of the public interest. Next time you hear their claims, ask them to be specific and to document them. They can’t.

Some other key facts on state spending I will address in critical detail in future columns include the following:
The single largest item in state spending is Medicaid, which sucked up $3.772 billion due to Nevada’s embrace of Obamacare provisions a few years ago. That’s 64.5 percent of total HSS outlays.

There are no meaningful trends in transportation spending, which is mainly episodic capital investment. Nor in unemployment insurance, which is driven by economic trends and federal policy.

The tax-and-spend folks claim Nevada has a revenue problem, because they want to increase taxes to continue aggressively raising spending. They are fundamentally wrong: Revenues and sound public policy should govern (limit) spending; spending should not drive up revenues.