(Steven Miller, NPRI) – You might not expect it in this day and age, but Nevada’s Constitution still bears telling traces of a discriminatory 19th century doctrine the U.S. Supreme Court has characterized as “born of bigotry.”
Those traces can be found in the multiple appearances in the document of the word “sectarian.” 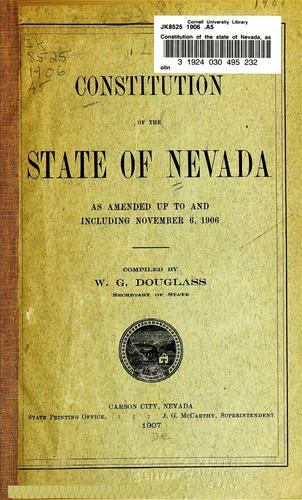 Contrary to the belief of many today, the term in the 19th century was not understood to simply mean “religious” — as in: “there shall be no religious instruction in the public schools.”

Instead, the actual understanding of the term in the decades when Nevada’s constitutional provisions were first written or later added was — as has been widely documented — “non-protestant,” or, most likely, “Catholic.”

Both wings of the U.S. Supreme Court, liberal and conservative, have repeatedly acknowledged this.

In 2002, for example, three liberal justices — Stephen Breyer, John Paul Stevens and David Souter — noted in their Zelman dissent how, from the earliest days of the American Republic, the first public schools were Protestant, in which “students recited Protestant prayers, read the King James version of the Bible, and learned Protestant religious ideals….

“Those practices may have wrongly discriminated against members of minority religions,” the justices acknowledged, “but given the small number of such individuals, the teaching of Protestant religions in schools did not threaten serious social conflict.”

By the mid-19th century, however, waves of Catholic and Jewish immigrants had greatly increased the numbers of those subjected against their will to the effectively Protestant character of the state-funded public schools.

Not surprisingly, with this increase in numbers, members of non-Protestant religions, particularly Catholics, began to resist the Protestant domination of the public schools. Scholars report that by the mid-19th century religious conflict over matters such as Bible reading “grew intense,” as Catholics resisted and Protestants fought back to preserve their domination… “Dreading Catholic domination,” native Protestants “terrorized Catholics”… In some States “Catholic students suffered beatings or expulsions for refusing to read from the Protestant Bible, and crowds . . . rioted over whether Catholic children could be released from the classroom during Bible reading.”

When, however, Catholics began proposing what today would be thought reasonable reforms to end the increasingly severe discrimination, the Protestant reaction in much of the country, note the justices, was an immense and uncompromising backlash:

Catholics sought equal government support for the education of their children in the form of aid for private Catholic schools. But the “Protestant position” on this matter, scholars report, “was that public schools must be ‘nonsectarian’ (which was usually understood to allow Bible reading and other Protestant observances) and public money must not support ‘sectarian’ schools (which in practical terms meant Catholic.)” …And this sentiment played a significant role in creating a movement that sought to amend several state constitutions (often successfully), and to amend the United States Constitution (unsuccessfully) to make certain that government would not help pay for “sectarian” (i.e., Catholic) schooling for children. (Emphasis added.)

Actively driving the backlash were first, the Know Nothing secret societies, and then, after the Civil War, the Ku Klux Klan and the American Protective Association.

The political expression of the reaction was the Blaine Amendment movement.

Named after former speaker of the U.S. House of Representatives and U.S. Senator James G. Blaine, the distinctive amendments were added to numerous state constitutions in the anti-Catholic backlash era.

Those amendments — like a U.S. Constitutional amendment Blaine proposed in 1876 — sought to prohibit states from appropriating public money to “sectarian” schools.

According to the Institute for Justice, “The Nevada Constitution’s Article 11, section 10 is a classic Blaine Amendment.” IJ is representing Nevada families who want the state Supreme Court to uphold Nevada’s new Education Savings Accounts program when two recent legal challenges come before it.

At the national level, Supreme Court justices more supportive of school choice than Breyer, Stevens and Souter, have also recognized that the term “sectarian,” when used in 19th century constitutional amendments, meant Catholicism in particular.

“[I]t was an open secret that ‘sectarian’ was code for ‘Catholic,’” wrote Justice Thomas for the court plurality in Mitchell v. Helms.

In that 2000 decision, Thomas also made a key distinction that has come to define the U.S. Supreme Court’s repudiation of the 19th century “sectarian” obsession:

… the religious nature of a recipient should not matter to the constitutional analysis, so long as the recipient adequately furthers the government’s secular purpose….

If a program offers permissible aid to the religious (including the pervasively sectarian), the areligious, and the irreligious, it is a mystery which view of religion the government has established, and thus a mystery what the constitutional violation would be. The pervasively sectarian recipient has not received any special favor, and it is most bizarre that the Court would, as the dissent seemingly does, reserve special hostility for those who take their religion seriously, who think that their religion should affect the whole of their lives, or who make the mistake of being effective in transmitting their views to children….

In short, nothing in the Establishment Clause requires the exclusion of pervasively sectarian schools from otherwise permissible aid programs, and other doctrines of this Court bar it. This doctrine, born of bigotry, should be buried now.

The discriminatory intent behind the 19th century fusillade of “sectarian” constitutional amendments is actually still evident in the dictionary definitions of the words “sect” and “sectarian.”

Webster’s Encyclopedic Dictionary of the English Language, Deluxe Edition, © 1990, for example, defines sect as “a body of people, sharing religious, philosophical or political opinions, who have broken away from a larger body (often used as a term of disapproval).”

The word sectarian is defined by Webster’s as “1. adj. of or relating to a or sects || narrow-minded and ready to quarrel over petty differences of opinion 2. n. a member of a sect. || a narrow-minded or bigoted adherent of a sect.”

Similarly, the American Heritage Dictionary of the English Language defines sect as “1. A group of people forming a distinct unit within a larger group by virtue of certain refinements or distinctions of belief or practice. 2. A schismatic religious body. 3. Any small faction united by common interests or beliefs.”

Likewise, American Heritage defines sectarian as “1. adj. ‘Pertaining to or characteristic of a sect or sects. 2. Adhering or confined to the dogmatic limits of a sect; partisan. 3. Narrow-minded; parochial. -n 1. A member of a sect. 2. One characterized by bigoted adherence to a factional viewpoint.”

Thus, inherent within the very terminology of Blaine amendments such as Nevada’s are repeated tacit admissions that the amendments’ original purpose was to enable state discrimination against certain religious minorities.

Within the “sectarian” reference itself lies that tacit admission.

The column was originally published in Nevada Journal, NPRI’s publication.