“Last week, the media reported the 10th U.S. death linked to the defect,” said Laxalt. “Some owners of a vehicle affected by the Takata recall may not be aware that their vehicle needs to be serviced, and consumer awareness is an important step in preventing injury or fatalities as a result of this defect.” 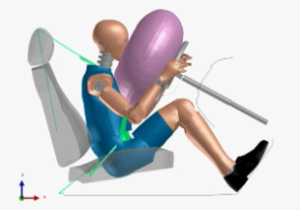 Takata is a leading brand of automobile airbags and seat belts in the world. (Courtesy: Takata Corp.)

The airbag defect is caused by a chemical in the inflator that can deteriorate after prolonged exposure to high temperatures and humidity. The faulty inflators can explode without too much force and shatter a metal canister, propelling pieces of metal through the air during a crash. More than 100 people have been injured by the malfunctioning airbags, and investigators at the scene of the latest accident concluded that the crash was moderate and would not have caused any serious injuries if not for the airbag defect.

The U.S. Transportation Department’s National Highway Traffic Safety Administration (NHTSA) has established the website www.safercar.gov/rs/takata for consumers to determine whether their vehicle is affected by the recall and to view any status updates. The airbag repair service can take several months to administer. NHTSA does not recommend that consumers disable airbags while waiting for a remedy. Many automakers have made loaner vehicles available to consumers, upon request. Consumers are encouraged to ask their dealer if this is an option.