The Legislature cannot effectively serve the public if policy is being shaped based on outright falsehoods and misinformation, which is why it is illegal to knowingly submit false testimony before a legislative committee. 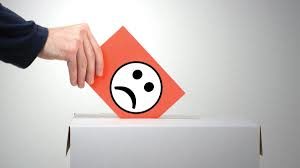 Nevada Policy has alerted Legislative Counsel Bureau Director Rick Combs and the attorney general’s office to what appears to be a clear violation of NRS 218E.085(2) — the state law that makes it a crime to knowingly misrepresent any fact when testifying before a legislative committee.

The false statements were made by lobbyist Marlene Lockard during the March 1, 2019 Senate Government Affairs Committee hearing on SB224 — the PERS secrecy bill.

Ms. Lockard appeared on behalf of the Retired Public Employees of Nevada (RPEN), and was featured as part of Senator Julia Ratti’s formal presentation for Senate Bill 224.

As part of this formal presentation, Ms. Lockard relied almost entirely on known falsehoods when explaining why the secrecy proposed by SB224 is ostensibly necessary.

Specifically, Lockard told the committee that passing SB224 was necessary because of a recent court order that allegedly requires PERS to disclose its members’ passports, addresses of ex-spouses, birth certificates and other similarly invasive information. In reality, no such court order exists and none of that information is, nor has it ever been, public under Nevada law.

Given the status bestowed upon her by Senator Ratti, Ms. Lockard’s demonstrably false comments were accorded extra weight. Indeed, the first time a member of the committee had a question about SB224, that question was posed to, and answered by, Ms. Lockard rather than the bill’s sponsor, Senator Ratti.

More information about that hearing can be found here.

Because the knowingly false statements were made specifically to justify the secrecy proposed by SB224, and were made by a paid lobbyist invited by the bill’s sponsor to help present the bill, they represent precisely the type of deception NRS 218E.085(2) was designed to prevent, according to NPRI Policy Director Robert Fellner.

“It is fine to have different policy views and argue those differences vigorously,” Fellner said. “But I think we all would agree that enacting law based on falsehoods and misinformation is wrong, and erodes confidence in our public institutions.”

“It is hard enough for ordinary Nevadans to be engaged with the legislative process thanks to the proliferation of tax-funded government lobbyists and other special-interest groups,” Fellner continued. “Requiring that citizens fact-check all of the claims made by those who help introduce bills is an impossible task, which is precisely why Nevada state law prohibits the making of knowingly false testimony before the Legislature.”

“NPRI has long fought for transparency in government,” Fellner added. “Nowhere is transparency more important than in the legislative process. We hope that legislators remember their duty to serve the public and ensure any bills brought on behalf of lobbyists are done so in an open and honest manner.”

A copy of the complaint can be viewed by clicking here.