If You Believe the Swamp Class In Washington, You’re More Crazy Than They Are 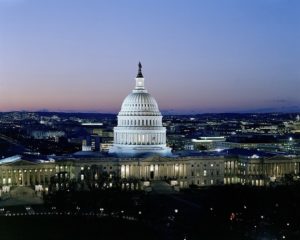 After everything we’ve seen, politically, since Donald Trump announced his campaign for President in 2015, is it unreasonable to believe, today, everything he has said about the Washington swamp?

In fact, believing Trump and disbelieving pencil neck Adam Schiftless and his ilk is as reasonable as believing that baseball season started last week and the Stanley Cup playoffs start this week.

We have created a class of people in Washington, New York and other large Democrat controlled urban areas who simply do not care about what we, the people who actually own America, want.

We didn’t intend to create this class of people—call them the Swamp class.

It happened because Americans are so in awe of our experiment in self-government, we have, over the last 200 years, forgotten that when you give people access to a vast treasury, many of them seem to want some of it for themselves.  In short, we trusted them but we didn’t verify their intentions.  It’s kind of like trusting that nice man who owns a casino in Las Vegas to play you with even odds.  Not going to happen.  Seriously.  How is it that people who have served in the House or Senate almost their entire professional lives, emerge from public service as multi millionaires?  How indeed, Harry Reid?

Ironically, it took a billionaire—who actually made his money in business—from, of all places New York City, to tell the public the truth.

“We have a lot of great support, far more than you think,” said President Trump.  “But where we really have the support are the voters that pull that handle, or whatever the hell they are pulling, they are pulling it for us.  So, the Russia hoax proves more than ever that we need to finish exactly what we came here to do. Drain the swamp!  The Democrats have to now decide whether they will continue defrauding the public with ridiculous bullshit — partisan investigations, or whether they will apologize to the American people, and join us to rebuild our crumbling infrastructure, bring down the cost of health care.”

So, when these clowns get caught trying to manipulate the system to their advantage with their panties down around their ankles, why are they amazed that our pitchforks are out for them?

Donald Trump may be a little crude, but he’s certainly been effective.

Ask any member of the Washington Swamp class.  After they get done sputtering.

Their newest scam is to insinuate the Mueller Report is, somehow, flawed.  CBS is trumpeting a report that certain unknown members of Mueller’s team are “unhappy” with Attorney General Bill Barr’s summary of the report.

It’s not enough for them to have spent more than $25-million of our money to try and unelect a duly elected President they hate.

Now, they need to trash their own work.

Or, the Democrats do. (Maybe that’s one and the same.)

Think about it.  This Attorney General has spent an entire career building a sterling reputation.  He didn’t need this job.  Mueller is exactly the same.

Do you seriously think they would endeavor to ruin their reputations by involving themselves in a bizarre conspiracy to protect Donald Trump?

Do you seriously think that either of these two would allow their names to be used in some illicit scheme to tilt the results of this investigation?

If you do, we have bigger problems than Adam Schiff