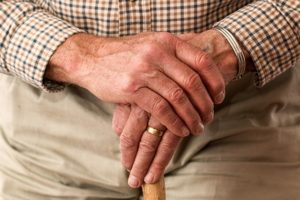 The first two columns showed that since FY06 state spending has grown faster than Nevada’s economy, thus imposing an ever-larger real burden on Nevada families and businesses, whose real per-capita incomes are lower now than in FY06.  The next two analyses reviewed spending on health and social services and on K-12 education, the two largest budget items by far and the only major areas on which spending has grown faster than Nevada’s economy.
The fifth column showed that Nevada state employee compensation is reasonable but local government compensation is extremely high compared to that of the state, the private sector and other local governments.  The reason is Nevada local governments must bargain with public employee unions on compensation, while by law the state may not.  Legislation now pending would require the state also to so bargain and would be a financial catastrophe for taxpayers and the public interest.
This column addresses management by Nevada’s Public Employees Retirement System (PERS) of employee and taxpayer contributions and PERS’s investment of those funds.
PERS runs deﬁned-beneﬁt (DB) retirement programs.  Under deﬁned-contribution (DC) plans, the retirement draw of plan participants is determined by the amounts they put aside and the growth of the fund, which is determined mainly by how well the investments have fared.
So, DC plans are inherently fair because all the fruits of saving and investment are returned to participants, and outside parties do not have any opportunity to divert the funds, nor are they required in any way to subsidize the participants.  Under DB plans, participants and the agents who govern the plan are allowed to socialize the risks and results of their saving and investment decisions to taxpayers and to early-career employees who have little say in managing contributions and investment risks, and thus no opportunity to be fairly protected.
PERS is doing the important things right in managing its investments.  Modern investment theory counsels that one cannot expect to consistently reap higher-than-market-average returns – and one can lose a lot of money by trying.  Hence, one should seek essentially to buy a portfolio that represents the whole market and thereby come as close as possible to reaping market-average returns by keeping investment-management costs as low as possible.  This is known as index-oriented (or passive) management, and the alternative is active management.
However, estimating expected future returns for such investments is quite controversial, and the expected rates of return determine how much employees and taxpayers must contribute each year to the plan.
What are the reasonably expected returns?  For decades, public-sector plans assumed returns around eight percent, although many plans, including PERS, have adjusted downward slightly in recent years.  Our detailed analysis shows economic growth and thus investment returns are highly likely to be much lower than historic levels for the foreseeable future.  Our conclusion is that a rate of five percent net of fees and costs is the most reasonable expectation.
The rate makes a huge difference: At 7.5 percent returns, PERS is underfunded by about 30 percent; at five percent, it is underfunded by more than 50 percent and needs massive infusions right away from employees and taxpayers.
PERS also forecasts six percent annual membership growth rates.  But actual growth has been only about 2.5 percent.  And that rate is consistent with the expected growth rates for the state population and the ability of the state to afford spending growth.  So, PERS should use 2.5 percent.
PERS’s wildly optimistic forecasts endanger the health of its DB funds and the future for state retirees, employees and taxpayers.
The basic duty owed by all public ofﬁcials is a duty to voters, taxpayers and broad public interest.  People governing retirement funds tend to see a duty only to plan participants.  They tend to view voters, taxpayers and broad public interest – and, here, early-career employees – as merely deep pockets to cover their mistakes.
Until PERS managers begins to recognize their duties to voters, taxpayers and the broad public interest, plus early-career public employees, they are endangering taxpayers, the public interest and those employees – and the financial health of the state.
Prev postNext post
Related ItemsRon Knecht
Nevada
Ron Knecht