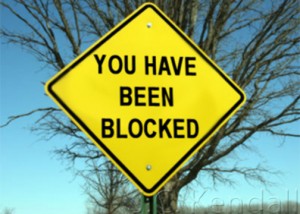 (Michael Roberson) – During the 2015 legislative session, Republican legislators and Gov. Brian Sandoval successfully implemented many significant, cost-saving reforms. However, when Democrats recaptured majorities in both houses after the 2016 election, they were determined to roll back our reforms, while proposing what many have labeled the most liberal agenda ever proposed in state history.

Yet, despite their best efforts, Nevada Democrats failed in implementing their agenda. In fact, conservatives have much to celebrate following the conclusion of the session considering we were in the minority in both houses.

Allow me to elaborate.

Further, in 2015, Republicans passed two critically important school choice measures – Education Savings Accounts (ESAs) and Opportunity Scholarships. Despite fierce opposition from the Democrats, both of these historic programs were signed into law.

Not a single Senate Democrat voted in favor of either of these programs in 2015, yet, Senate Democrats voted unanimously with Republicans this year to triple our state’s investment in the Opportunity Scholarship school choice program. And while I am deeply disappointed that the ESA program remains unfunded, we did significantly expand school choice in Nevada.

In addition, during the days prior to the start of the session, I declared any attempt to raise property taxes on Nevadans dead on arrival. I am proud to say that along with my Republican colleagues, we were successful in keeping that promise.

We also faced legislation that would have turned Nevada into a Sanctuary State by shielding violent criminal aliens and preventing law enforcement from doing their jobs in protecting our communities. Along with law enforcement agencies throughout Nevada, I stood up and fought this effort vigorously. I’m proud to say that these harmful bills never made it out of the legislature.

Further, I worked last session to pass legislation to prevent lobbyists and special interests from wining and dining politicians and showering them with gifts. Despite an effort by Washoe Democrat Skip Daly to roll back this important new law, politicians will continue to be banned from accepting such favors and gifts.

There were also calls from Democratic leaders to further restrict our law-abiding citizens’ from exercising their 2nd Amendment rights. Several pieces of legislation were proposed by the Democrats, yet not a single anti-gun bill made it out of the legislature.

Legislative Republicans and Governor Sandoval significantly expanded school choice, stopped property tax increases, prevented every attempt to roll back our cost-saving reforms from 2015, stopped every effort to turn Nevada into a Sanctuary State or to strip Nevadans of their 2nd Amendment rights … and we did it all while serving in the minority.

Michael Roberson is a Republican from Henderson who is Senate minority leader in the Nevada Legislature. This column was originally published in the Reno Gazette-Journal

The Center SquareJuly 1, 2020
Read More
Scroll for more
Tap
Sugar Program Reporter/Critic Shoots Down Her Own Argument
Tax Cuts That Last – With 51 Votes
Skip to toolbar