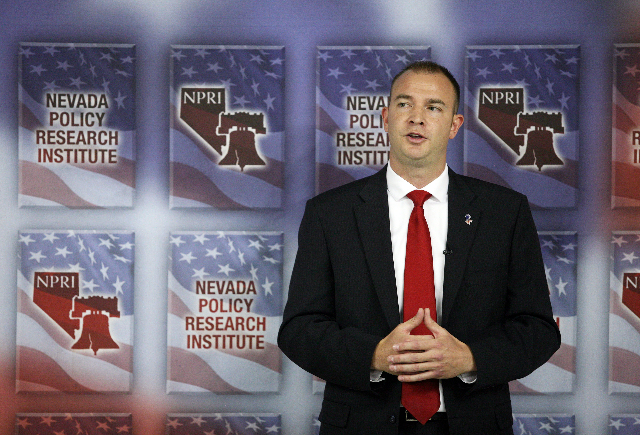 (Ben Botkin, Las Vegas Review-Journal) – Andrew Matthews quit his paid job as president of the Nevada Policy Research Institute when he decided to run for Congress.

As a Republican candidate in the 3rd Congressional District, he is now getting paid from his campaign funds. The campaign paid Matthews his first paycheck, for $3,200, on July 28, according to his campaign disclosure, which covers July 1 through Sept. 30.

That first check came one day after Matthews filed as a candidate July 27.

Three more paychecks followed, two in August and one in September. Each was for $2,816. That gave Matthews a total salary as a candidate of $11,648 from July through the end of September, records show.

Matthews, who headed the conservative nonprofit think tank that does such policy work as analyzing government salaries and pensions, is the only candidate getting a paycheck from his campaign in this race.