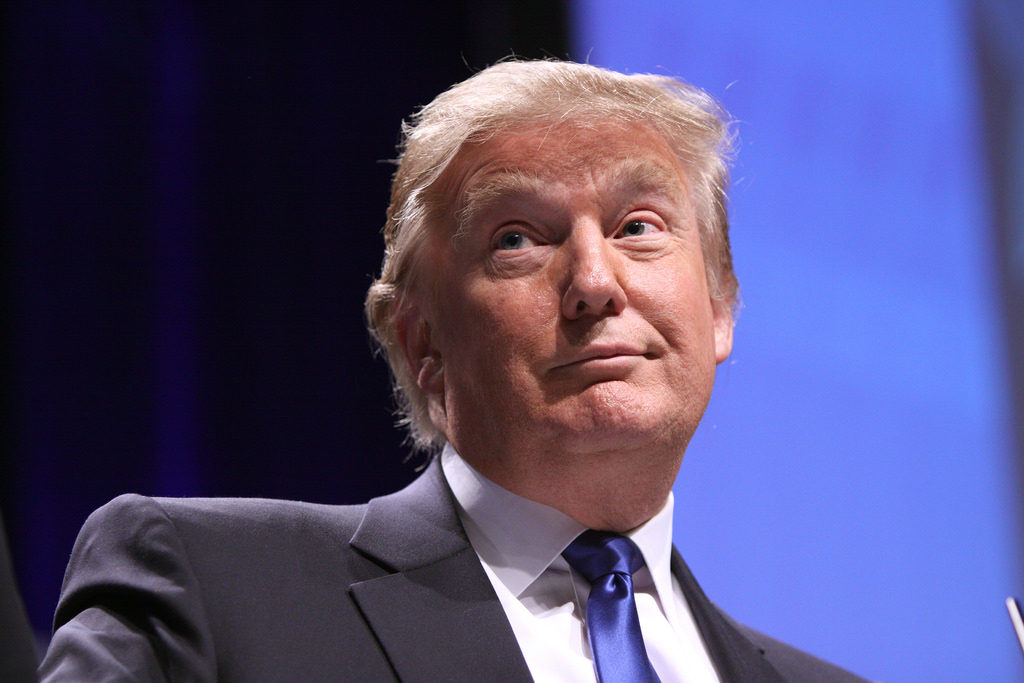 (From The Publisher, PennyPress) To listen to the mainstream media, you would think that Donald Trump is a zombie who inexplicably took over the Republican Party by bodysnatching and, of course, has no chance of ever seeing the inside of the White House—even on a tour.

When I was a boy, my late father never missed the Huntley-Brinkley report back in the 60s on Channel 43 (later Channel 25) in Peoria, Illinois. I also watched Walter Cronkite on Channel 31. That, plus the daily morning and evening newspapers, was the news. No CNN, No Fox, No internet. And no headlines on my iPhone.

The night that Huntley retired in 1970, he saw America then just about right:

“…you have bolstered my conviction that this land contains incredible quality and quantity of good, common sense, and it’s in no danger of being led down a primrose path by a journalist. At the risk of sounding presumptuous, I would say to all of you: be patient and have courage, for there will be better and happier news one day, if we work at it.”

It was the summer of 1970, during Richard Nixon’s second year as President, the height of the Viet Nam quagmire. Nobody understood how we got into Viet Nam much less how we were going to get out.

But Neil Armstrong had walked on the moon and as bad as some things were, it’s not like you couldn’t see the promise of America.

Even then, Huntley understood that journalists might NOT have the common sense that most Americans do have.

I would give a lot to have had Huntley interview Donald Trump the day after the 2016 Republican Convention.

Huntley certainly understood America back in those days, perhaps because he grew up in Montana and got to the network by working at local radio stations.  Also a factor was the compensation.  While $200,000 a year was a lot of money, it isn’t close to the $18-million a host like Bill O’Reilly makes today. Or the $13-million Brian Williams made at Huntley’s old network. And that sort of money has changed journalism.

Today’s media stars (I won’t disgrace the term newscaster) live in a bubble.  The closest they get to regular people is when they get into an Uber car without a partition between the driver and them.

Being out of touch is NOT something reserved for politicians.

And that, in a nutshell, is why the media has done such an awful job in reporting on Donald Trump.

There is another set of reasons as well.

In addition to making no effort at finding out what the average voter is thinking, they are lazy.  If a story isn’t handed to most of the aforementioned media stars on a platter—false spin notwithstanding—they for the most part don’t want to do any research. Why the Washington Post said that Trump refusing them press credentials (and the free food which comes with them) is “nothing less than a repudiation of the role of a free and independent press.”

And, even worse, everybody thinks they are a pundit—no matter their age or experience.

The only think which gives a “journalist” the right to spew opinions is life experience.

When you’re 30, you haven’t—as they say in Oklahoma—peed a drop.

The other day, I saw Democrat pollster and consultant. Pat Caddell on Fox News, explaining Trump.

Now, there’s a guy who knows what he is talking about.  So much so that he was actually a consultant and writer on the West Wing television series. He’s won big, lost a little and paid attention to everything he’s done.  And, oh yeah, he’s 66.

You don’t get his kind of experience overnight.

But look who the media gives us as talking heads.  The sad part is that somewhere in New York, there are network executives that actually think we, the great unwashed masses, believe what many of these putzes tell us.

That’s why the media has and will continue to be completely wrong about this election.

PennyPress site of the Conservative Weekly Voice of Nevada