Thoughts on the Republican National Convention 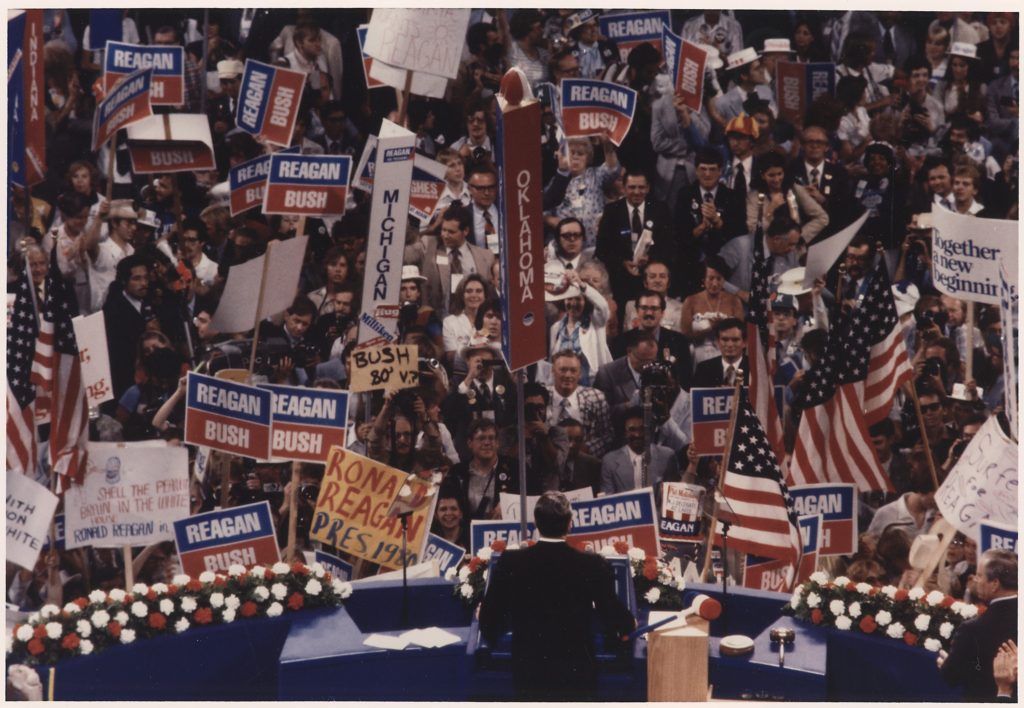 (Ron Knecht and Geoffrey Lawrence, RonKnecht.net) Nearly everyone, it seems, has been focused lately on Donald Trump’s nomination by the Republicans and now the chaos of the Democrat convention.  We want to celebrate some other important aspects of the GOP convention (where Ron was a delegate) as reflected in speeches by Paul Ryan, Scott Walker and Mike Pence.

Ryan, Speaker of the House and chairman of the convention, set the tone with a thoughtful, articulate and powerful address.  He reminded folks that conservative Republicans are people of ideas, substance, maturity and of constructive analysis and policies based on the rule of law, liberty and the public interest.

More than other speakers, Ryan, Walker and Pence articulated positive values, visions and policies.  They also detailed in measured, clear and precise words the failures of the Barack Obama administration on nearly all fronts.  Ryan noted, for example, that poverty has risen under Barack Obama’s presidency, despite all the Democrats’ loudly professed concern about the poor.

He called for what we need: “a big change in direction for America” because “opportunity has been slipping away and liberal progressive ideas have done nothing to help. … Progressives deliver everything but progress.”

His words were not, like most convention speeches are, formulaic and stale.  They were actually somewhat understated and laced with self-effacing humor and grace.

He also pointed out what’s vividly on display this week at the Democrat convention: They are the party of identity politics, of division and aggression, of complaint, grievance and demand – not unity, opportunity and good will.  And they specialize in hectoring everyone who will not join their “four-day infomercial of politically correct moralizing.”

Walker’s speech was structured more along classical convention lines with a repeated call – one that energized the delegates and all America with an important message: “America deserves better than Hillary Clinton.”

He too focused on the constructive, on the details of what Republicans will do when we take back the White House and hold Congress this year.  Beyond the litany of the many failures of Obama, Clinton and the Democrats, he too specified the reforms, opportunity and real hope Republicans will deliver.

Like the other two, Walker is a man with a proven track record of delivering on his words.  His reforms in Wisconsin closed a $3.6-billion budget deficit while preserving the quality of public services.  The public-employee unions, statists/progressives/liberals and other Democrat predatory special interests hate him for it and they have done everything legal and illegal to destroy him.  Fortunately, their malice and vindictiveness have mostly failed.

Mike Pence, former congressman and now Indiana governor and GOP vice president candidate, was even more understated than Ryan as he delivered a wide-ranging positive prospectus for GOP ideals and principles and thorough critique of the Democrats.

He began his acceptance speech by saying, “I’m a Christian, a conservative and a Republican, in that order.”  Later, he said, “The most important job I’ll ever have is spelled, d-a-d.”

He too displayed self-effacing humor.  Noting that Presidential nominee Donald Trump is colorful and has lots of charisma, he suggested Trump chose him because “he was looking for some balance on the ticket.”  He added that if his late father could see him accepting the challenge today, “he’d probably be pretty surprised.”

On the worst economic recovery on record, brought to us by Obama’s Democrat administration, Hillary Clinton, Nancy Pelosi and Harry Reid, he said, “They tell us this economy is the best we can do.  It’s nowhere near the best we can do – it’s just the best they can do.”

By contrast, “Conservative principles work every time you put them into practice.”  Thus, while the American economy is languishing, Indiana’s is prospering since he became governor, and they’ve cut taxes every year.

He then specified a Republican policy agenda that will produce similar results for America.

Recalling Ronald Reagan, he closed by saying: “We have another rendezvous with destiny, and I have faith in the American people. … This is another time for choosing, and we will make America great again!”

These three small-town boys from the Midwest reminded us what people do when left alone by government to create, dream, innovate and trade.  Thereby, they showed America the Republican heart and soul.