Man who killed family, self had record of domestic abuse

Man who killed family, self had record of domestic abuse
N&V Staff 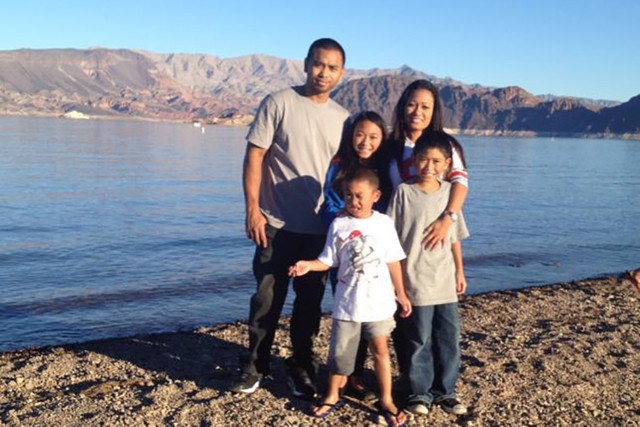 A family picture of Jason Dej-Oudom (first from the left), who killed his wife, Phoukeo Dej-Oudom (the woman at the back in the right), and three children. (Courtesy: Las Vegas Review-Journal)

Police reports show a history of various incidents of abuse by the man to his wife, Phoukeo Dej-Oudom, and three children, namely: Dalavanh Ariel, Xonajuk J.J., and Anhurak Jason. This includes his putting hands hardly over his wife and daughter, Dalavanh, in December 29, 2005 that brought them to a hospital. However, the incident did not result to Jason’s arrest as the same was classified as “Not a Crime/Other Service.”

After living together for nearly two decades as family since 2000 when Jason and Phoukeo got married to each other, the latter petitioned the Clark County Family Court for a divorce and primary custody of their children on May 25, this year. The petition was dismissed, however, when no one came at the scheduled hearing on June 22.

Several other counts of domestic violence were reported to Las Vegas police in the month of June, until in the night of June 29, Jason shot his wife in front of a northwest valley drugstore. When the police traced him, he and their children were already found lying dead in their apartment.

The Center SquareApril 21, 2020
Read More
Scroll for more
Tap
21 Veterans Complete Career Program of the Employment, Training, and Rehabilitation Department
What Mainstream Media “Journalists” Did NOT Report About Khizr Khan